A throw-in foul is a personal foul committed, when the game clock shows 2:00 minutes or less in the fourth quarter and in each overtime, by a defensive player on an opponent on the court when the ball is out-of-bounds for a throw-in and still in the hands of the referee or at the disposal of the player taking the throw-in.

If the foul is committed as a throw-in foul:

The player who was fouled shall be awarded only 1 free throw, regardless whether the offending team is already in the team penalty situation. The game shall be resumed with a throw-in by the non-offending team from the place nearest to the infraction.

If a throw-in foul occurs it is recorded as follows: 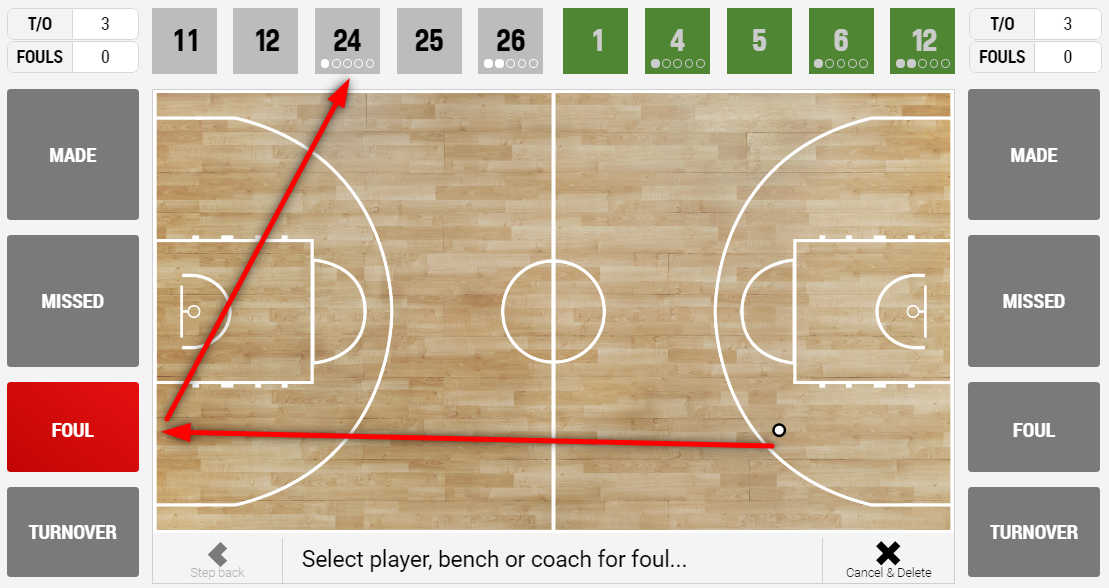 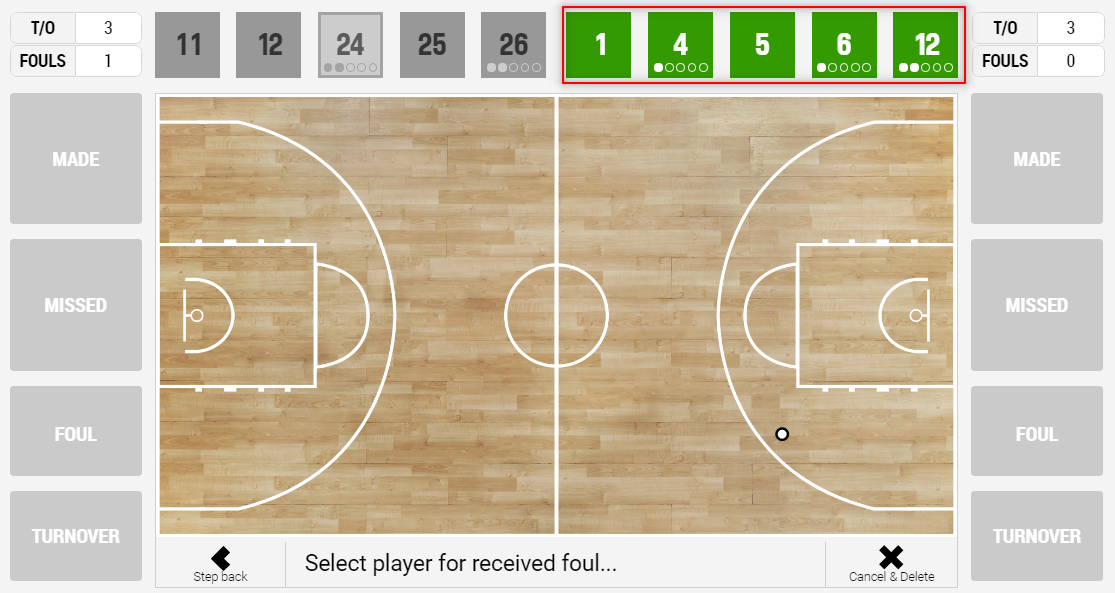 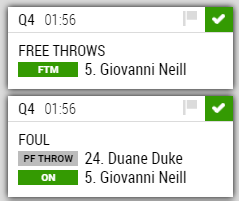 The possession remains with the same team: 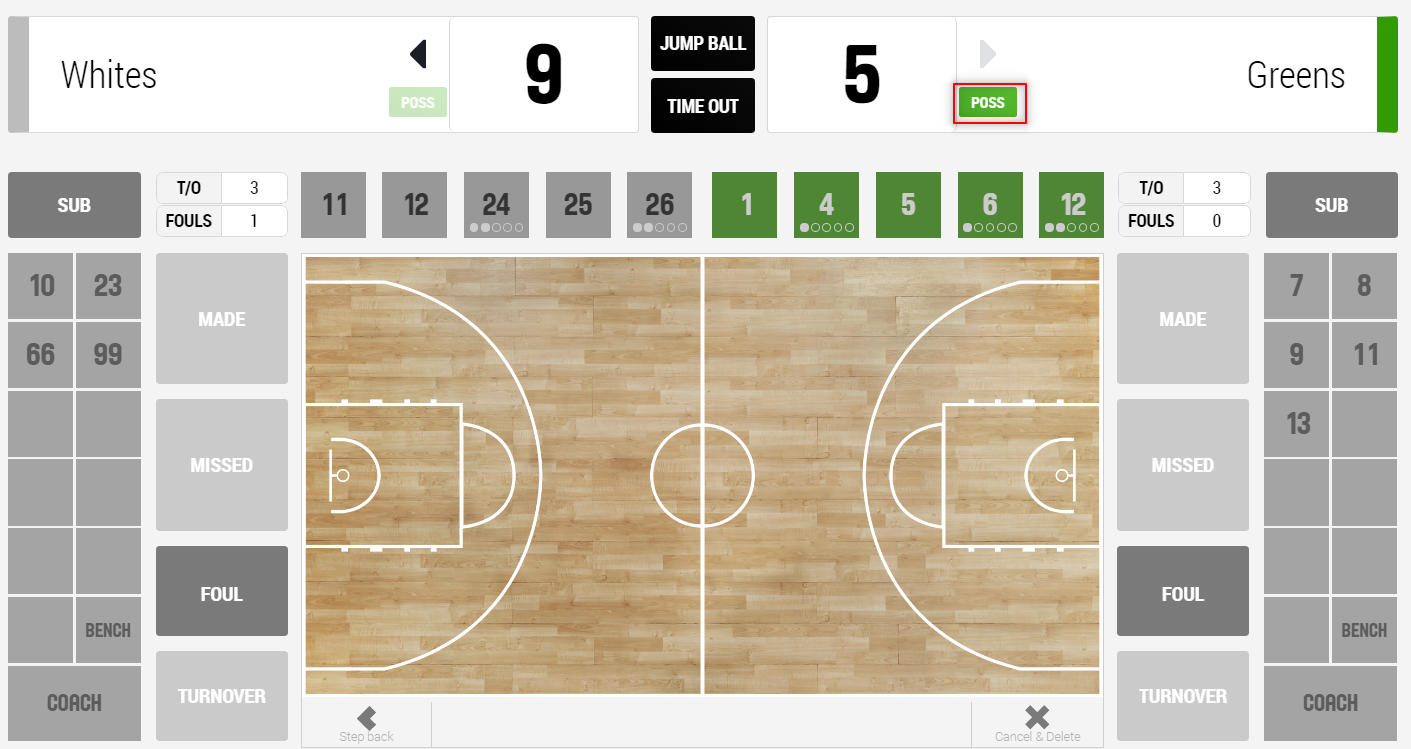 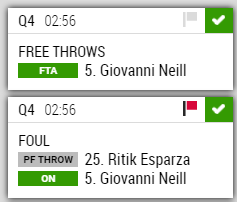 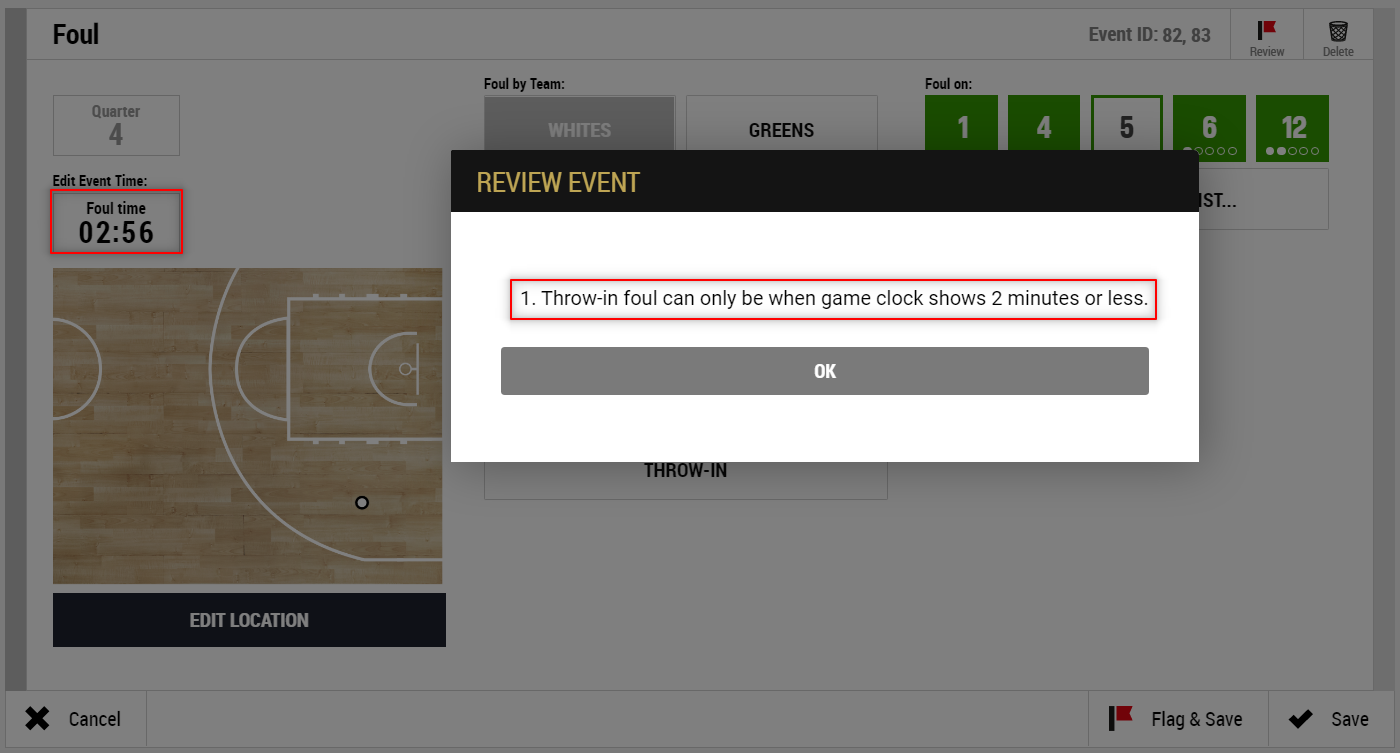