How to Use Allow Games Between Groups

In this article we will explain how to allow games between teams in different groups.

Note. Please do not select this option, if your are not sure about its necessity, as it enables creation of games-duplicates needed only in some specific situations.

If you have any doubts please reach Genius Sports Support Team by email basketballsupport@geniussports.com

Example of the case

Teams are divided into two groups. They are playing against teams from both groups, but standings for each group should be calculated separately.

1. Go to Competitions and create two groups (for example, Group A and Group B).

2. Select active teams in each group.

When it is done, you will be able to create games in the frame of the group as it should be in the standard scenarios. As you can see in the screenshot below only active teams of the Group A are available in the game's form. 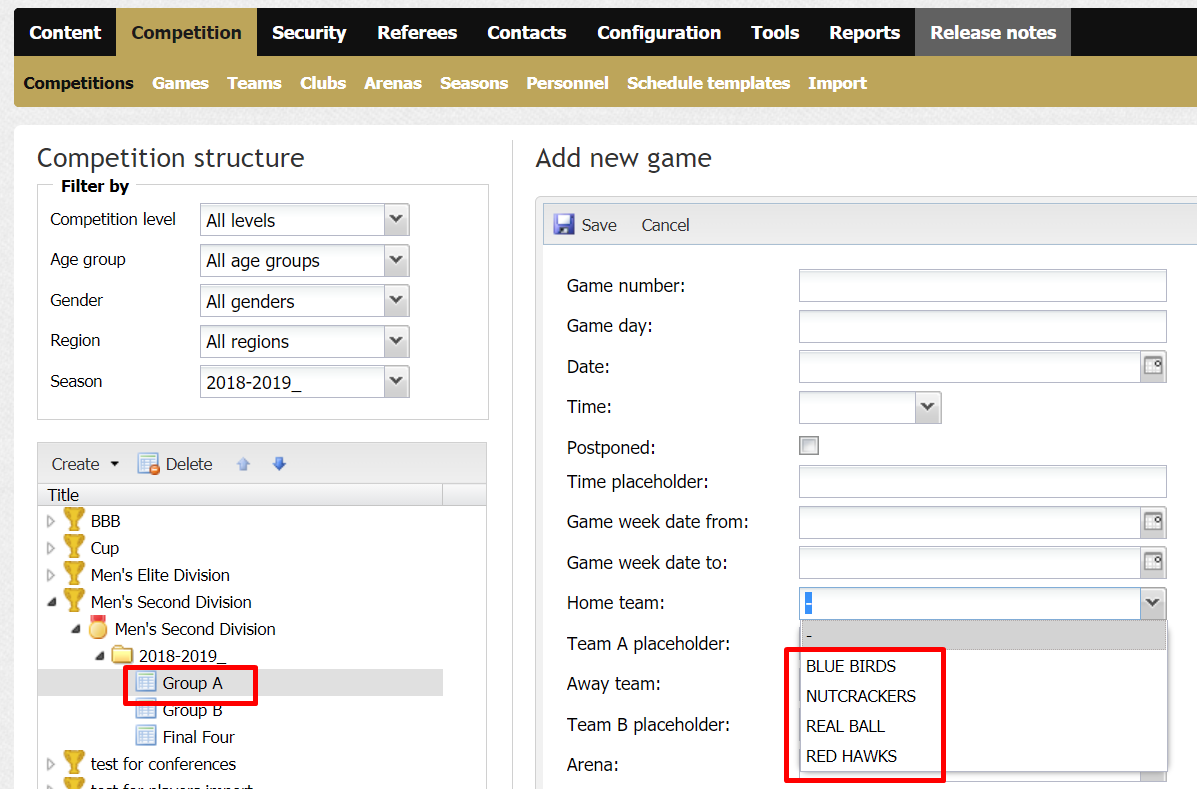 3. To create games between teams from the Group A and the Group B, go to tab Group Information and ->

-> scroll down to select Allow games between groups.

Note. When you use this tick, new pop-up window with warning message will appear. This is one more prediction about necessity of this functionality.

If you are interested in another option (inherit points from) mentioned in this warning message read the corresponding article (here) before click YES.

Click Yes, if you are sure about your decision.

When it is done, you will be able to create games between teams from both groups. As you can see in the screenshot below all teams now are available in the game's form. 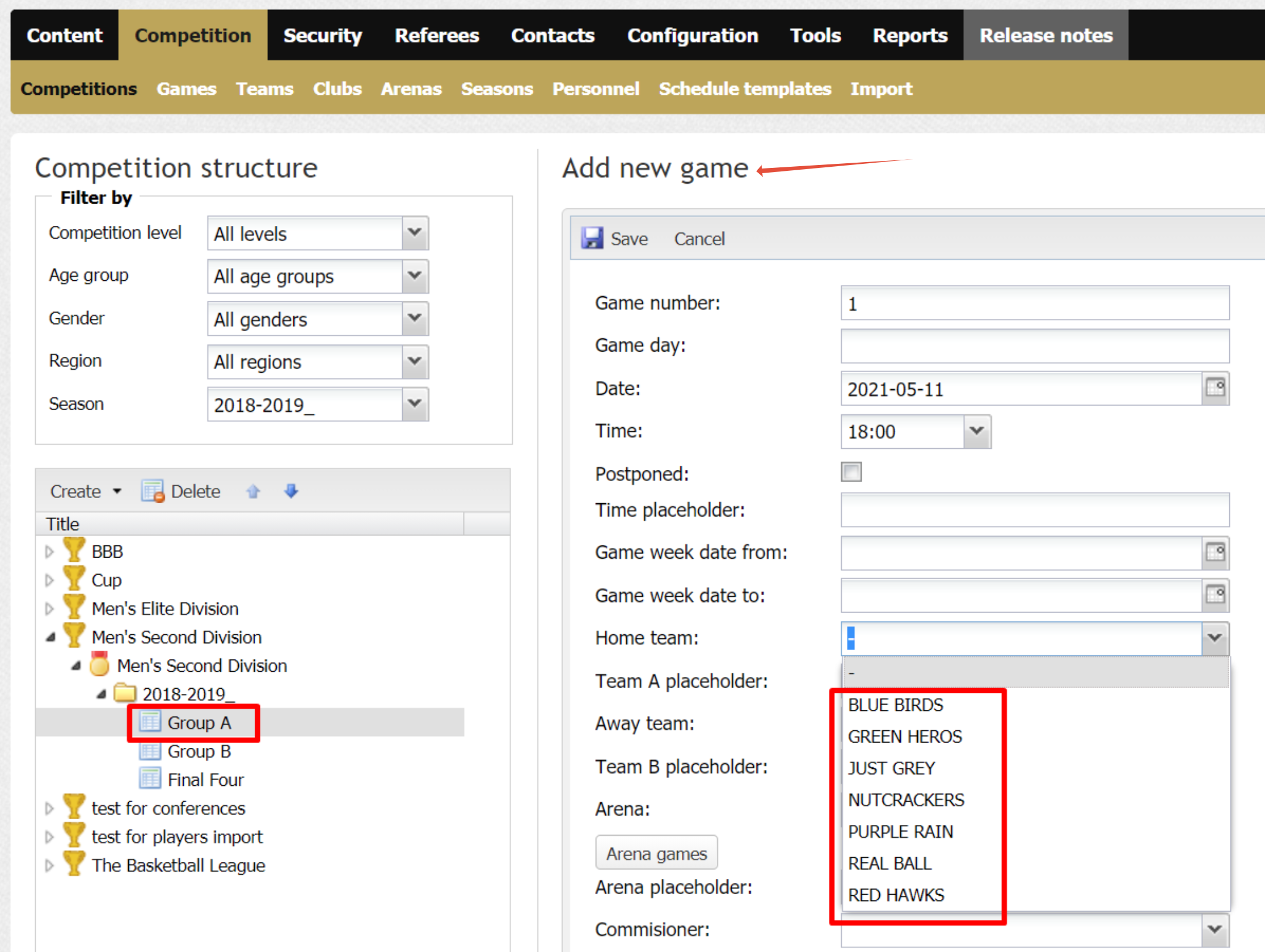 4. Create a game in the Group A between two teams from the different groups and this game will appear in both groups under tab Games: 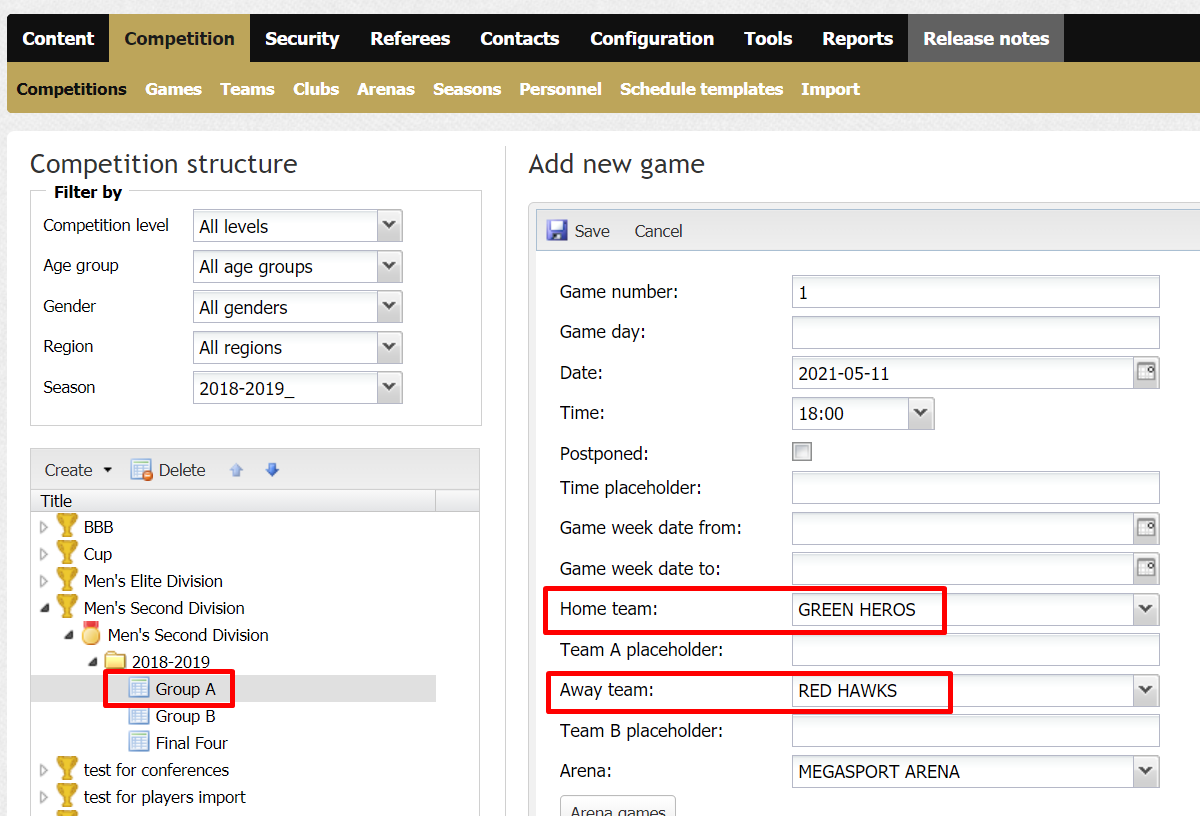 The Standings for both groups will be calculated separately

Note. Keep in mind, these are not two different games. It is the same game belonging to two groups.