No matter if a new season is started with same teams or a new competition in the same season is created and a new or an existing team is added, team's roster should be added again. Before any new begging please check the teams' rosters in the respective competition.

This article will be helpful in the following situations:

1. Go to Competition > Teams, select a Team for the editing, open it and click Add Several.

2. In the new window start typing a Team name for the team's name to appear in the drop-down list.

All players ever played in this team will appear in the field below. Now you can select some of them or to use a tick for all players. When players are selected, click Add or Add with numbers and positions. 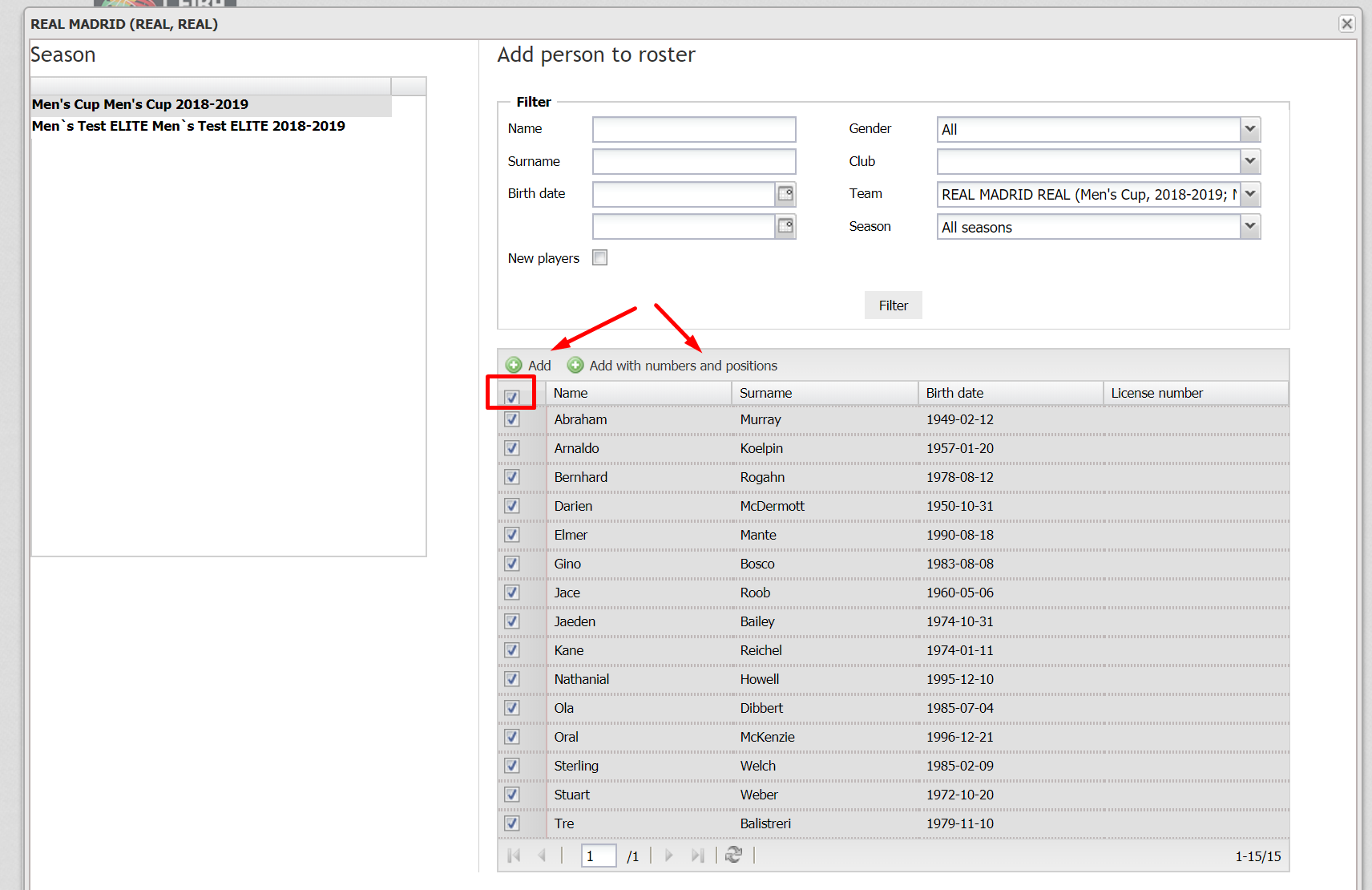 All players are added. If there are any changes in their positions or numbers, you can edit them at any time.