How to Import Teams from the Previous Season

How to Import Teams from the Previous Season

If same teams are taking part in your league from the season to season, importing teams from previous season functionality will save your time during preparation for the upcoming season.

Important note. We suggest to use option Import for teams at least some days before the first games for data synchronization between FIBA Organizer and Genius Sports Stats Engine.

1. Go to Competitions -> select your League -> add a New season (check here for more information on creating a new season).

3. In a new pop-up Import window select the data source for the Teams.

FIBA Organizer by default will offer the same League and Tournament, but you can select another one by picking Source Season from the drop-down list. 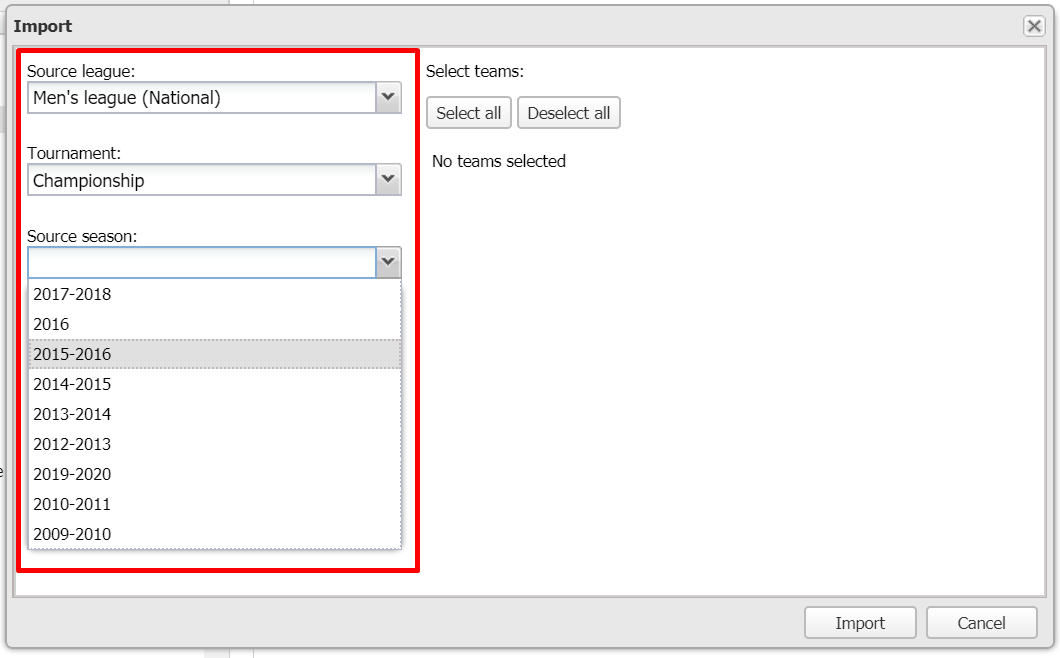 4. Once the season is selected, the list of the teams from the selected season will appear on the right side. You can select all Teams or only some of the listed. You can choose to import only teams or also their Rosters and Personnel. Once selected, click Import. 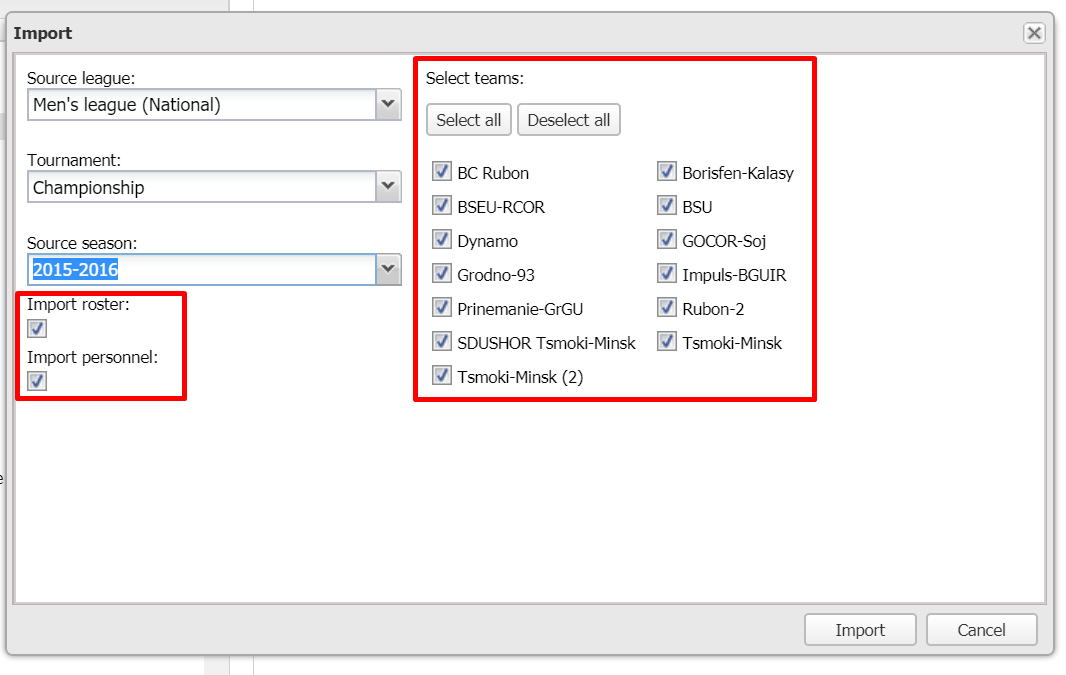 All imported teams will appear under a new season. 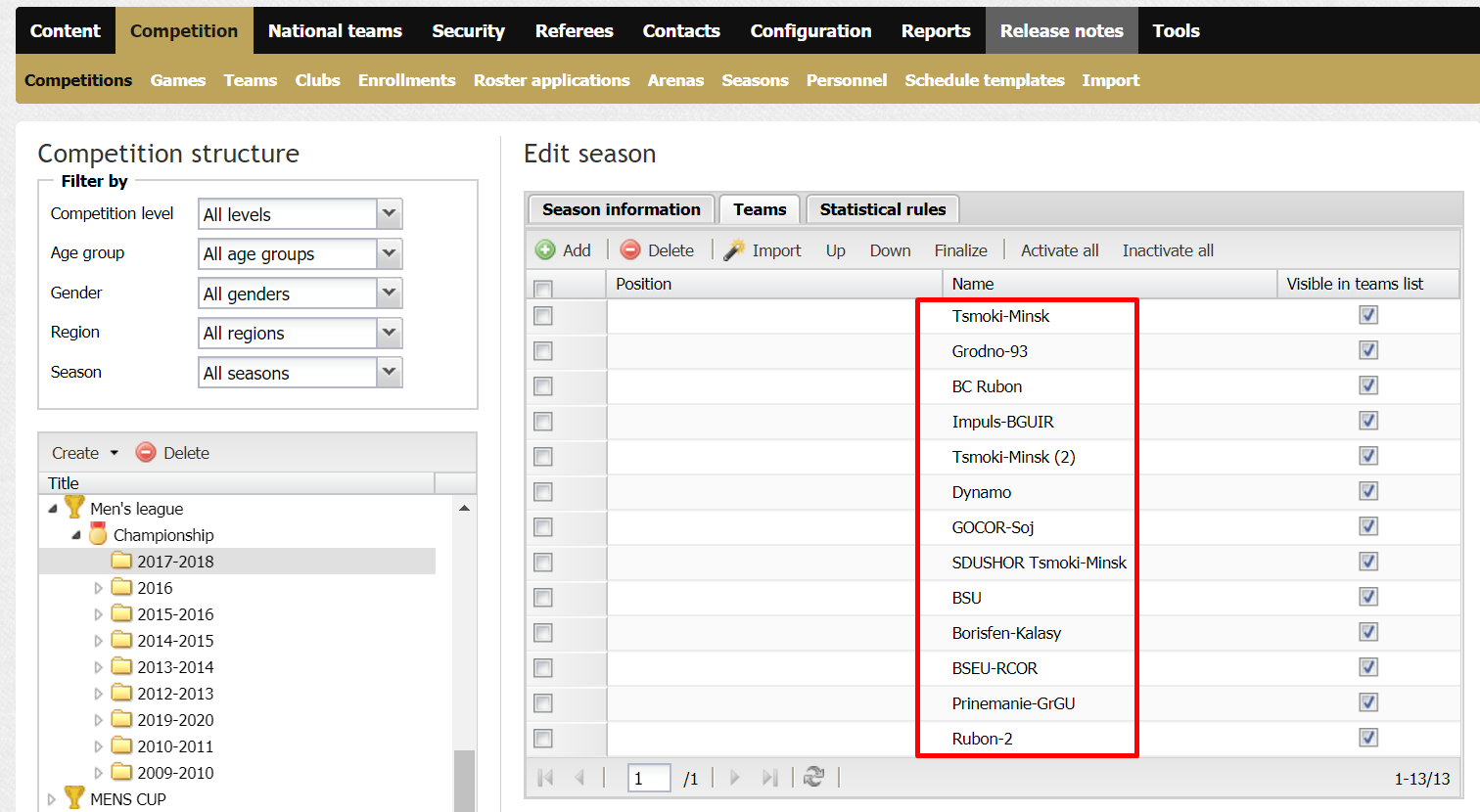 Note. If you have used option to import teams with Rosters and/or Personnel, we would suggest to go to Competitions -> Teams, find all imported teams and check imported data. If there are players imported from the previous season, which are not going to play in the upcoming season, please release (by adding their end date) them before the first games. Here you can read a support article how to release a player.