How to Transfer Players Between Teams/Clubs

How to Transfer Players Between Teams/Clubs

If a player during a season transfers from one team to another:

1. Go to the tab Teams, open the previous team, go to it's roster, find the player, click Edit button.

The new pop-up window will appear, add the End date (the date when the player is released from this team). Click Save button. 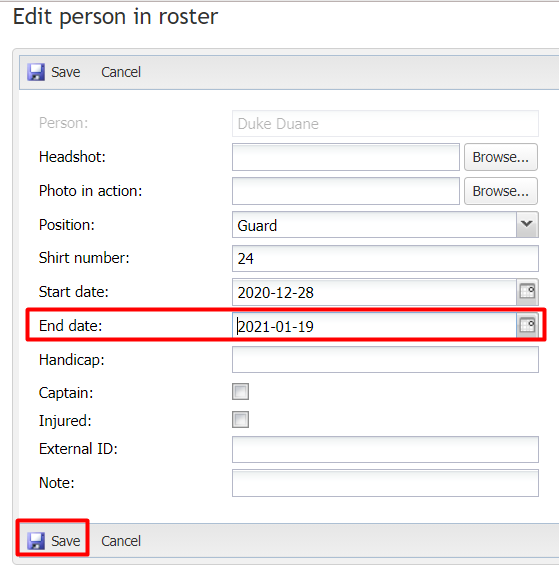 The end date appears in the roster. Player is released from this team.

2. Now open the new team, go to it's roster, add this player in the new team's roster with correct Start date.

3. If the respective team takes part in more than one competition during the same season, player should be released from all of them.

If your league uses functionality of the Clubs in FIBA Organizer, the same procedure with the adding of the End date of the player in the previous club should be done. Also the player with correct Start date should be added to the new club.