Functionality of Inheriting Points Between Groups

Functionality of Inheriting Points Between Groups

In this article we will explain how to use functionality "inherit points from". We will provide two different situations with instructions how to manage them.

Teams are playing in the stages/levels/legs. One stage is ended and some teams have to meet each other in the next stage again. If organizers decide these teams shouldn't meet again in the next level (Stage #2), inherit points from the Stage #1 can be used.

2. In the Stage #2 select Standings tab and add an option to Inherit points from the Stage #1.

Additionally you can use an option Inherit games between group teams only. 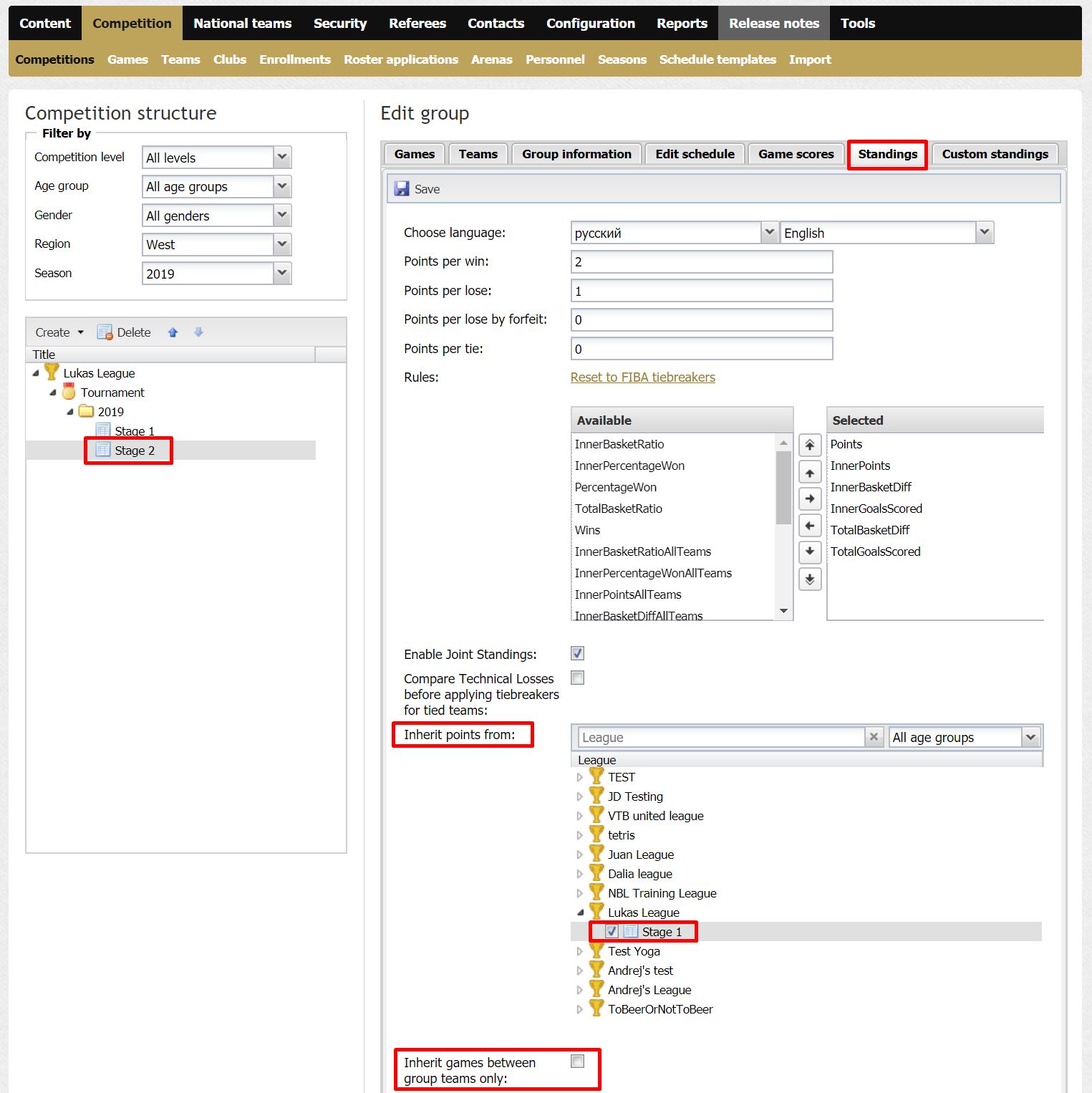 1. Go to Competitions and create separate groups Pool A & B and additionally one group for the Crossover games:

2. In both Pools A and B click Standings tab.

Scroll down and add an option to Inherit points from the group Crossover games:

This action will hide standings of the group Crossover games in the widgets, while all points collected in these cross over games will be added to the calculations of Standings in Pool A and B.