FIBA LiveStats v7 has the ability to track different kind of inconsistent actions which are being flagged to notify user. Flags are displayed both in action list and in expanded action log:

To get an idea why action is flagged, open an action and click on Review button. That will display the reason the action was flagged. 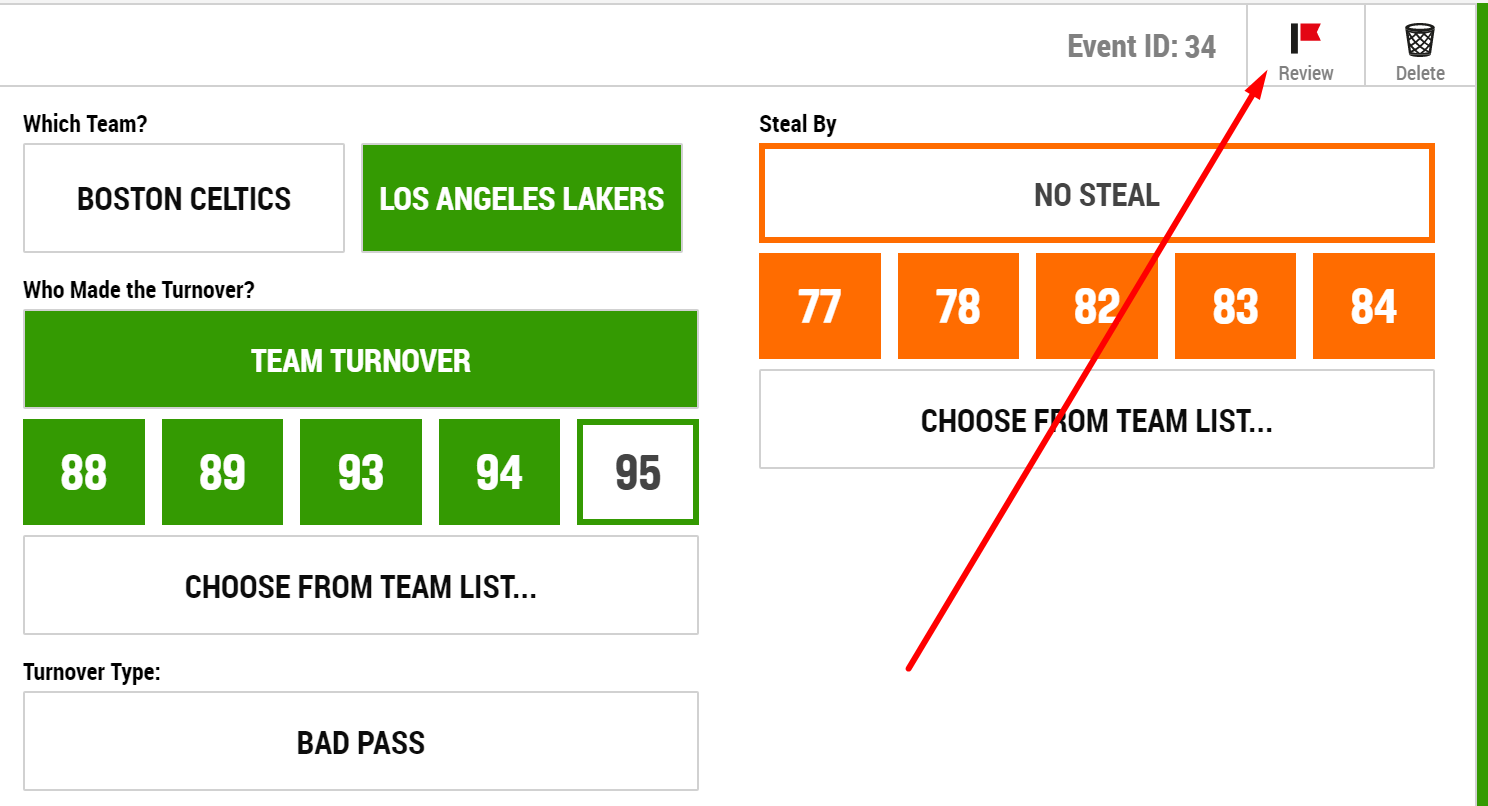 If any flagged actions exist in your game, after each quarter you will be notified on that and suggested to correct such actions: 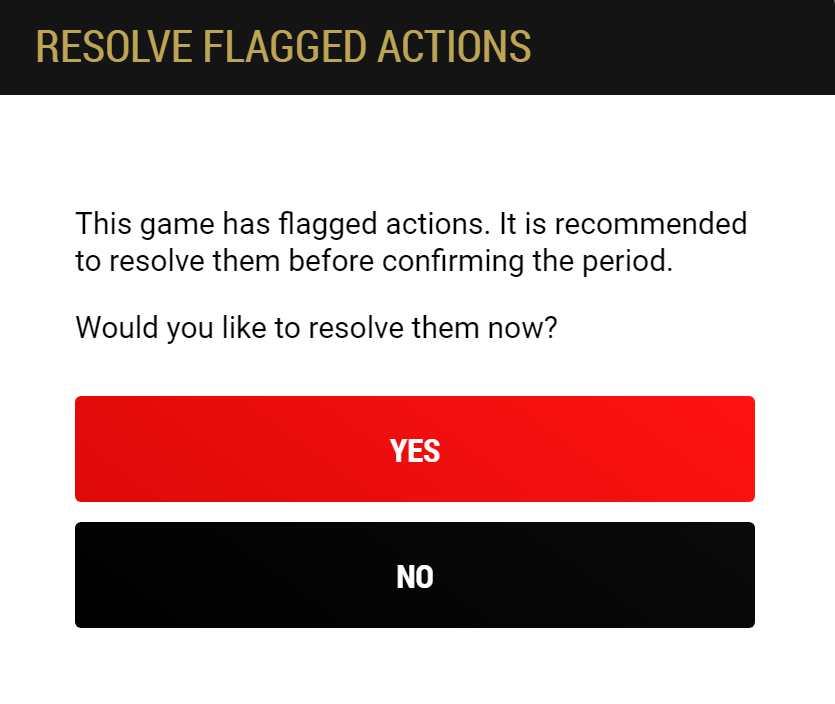 You are able to postpone such edits, but eventually they have to be reviewed and corrected as leaving such actions would cause incorrect statistics. 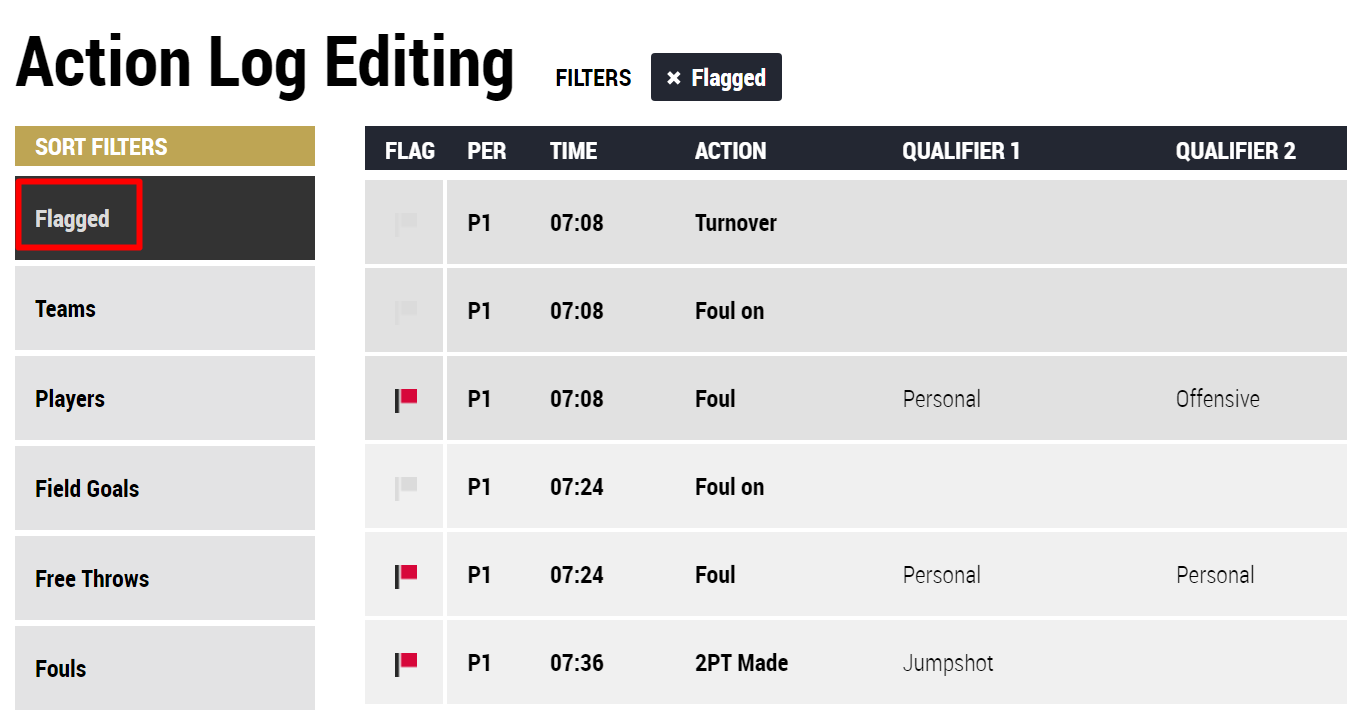 Note. One action can be flagged for a couple of reasons. Correcting just one reason will not unflag the action.

FLS tracks possession automatically and thus being able to determine if an action recorded is following the possession order, for example, after a made shot from Team A there has to be an action from Team B, turnover from Team B has to be followed by Team A action, offensive Team A foul requires actions from Team B and etc. 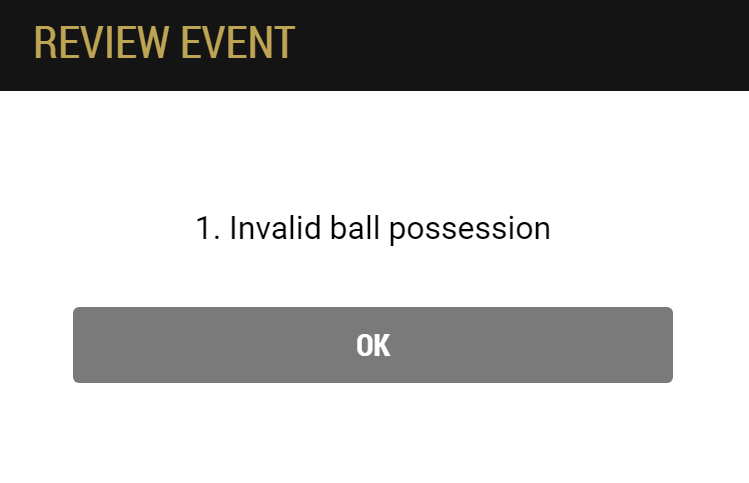 An example of inconsistent possession action (made shot is followed with same team turnover): 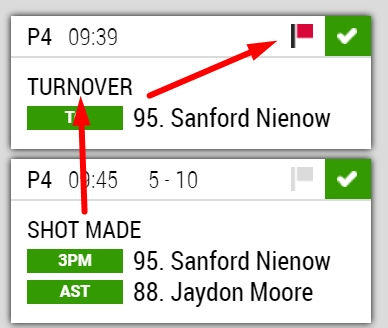 Assigning turnover to other team will remove a flag: 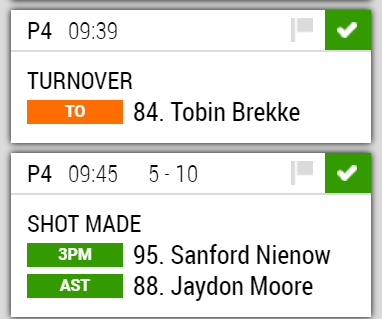 Player not on the court

In case a substitution was missed, FLS has functionality to add actions for bench players. Each action recorded against bench player will be flagged with "Player not on court" message: 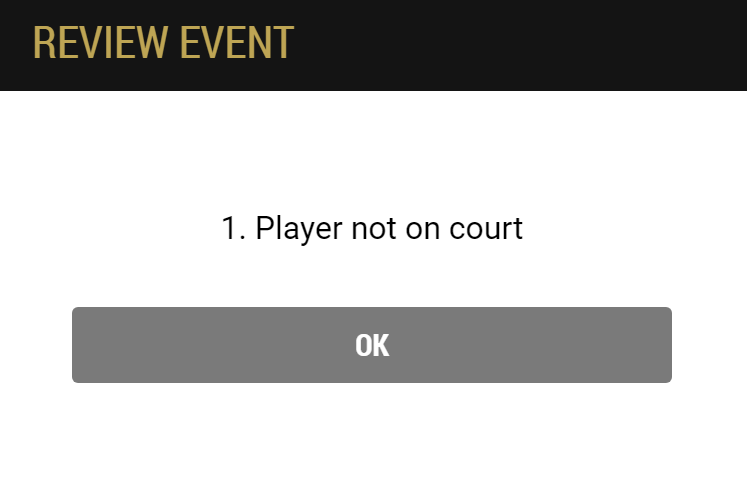 Let's assume incorrect player was substituted and later action was assigned to a player which is on the bench in FLS: 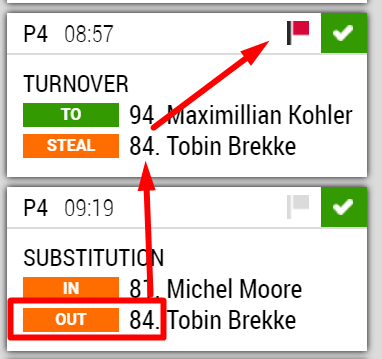 To remove such flag substitution has to be corrected (or inserted a missed one): 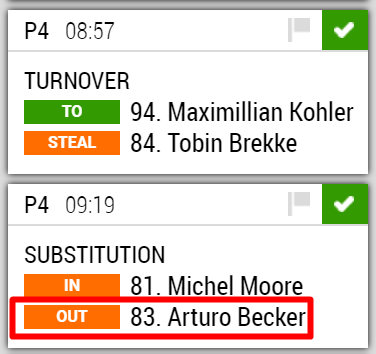 Registered ahead of the clock

During the game scouts follow scoreboard and need to adjust FLS clock accordingly. If an action is added with latency and clock is rewinded back, action time stamps might become ahead of the real clock. That kind of actions will have "Registered ahead of game clock" description: 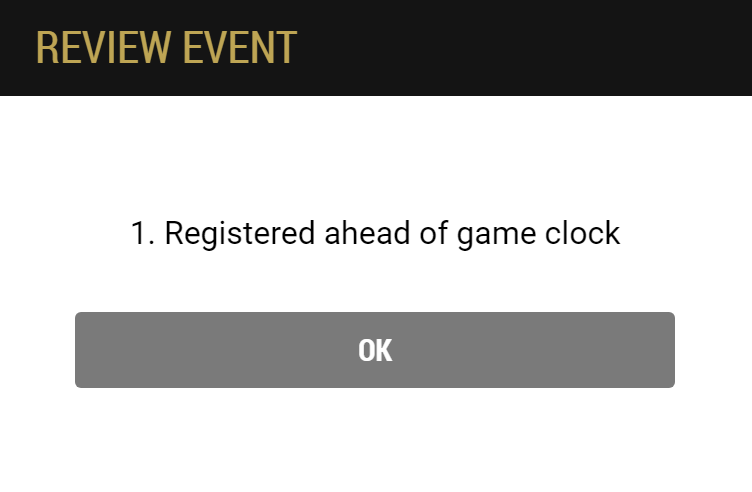 If a foul was added, clock stopped and rewinded back, you have correct substitution time, but foul action will be flagged: 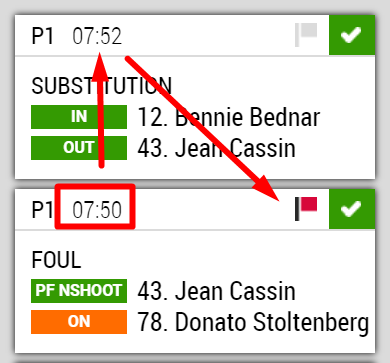 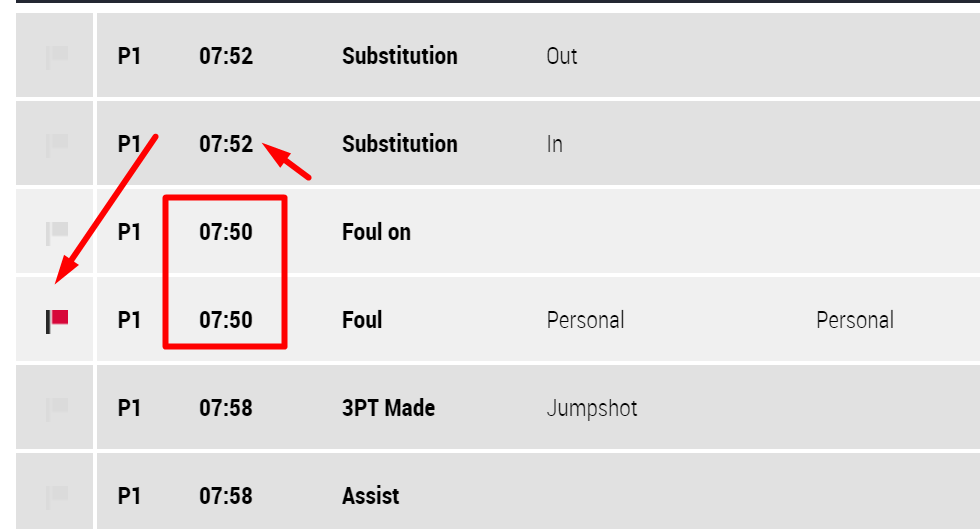 To unflag the action, time stamp has to be edited: 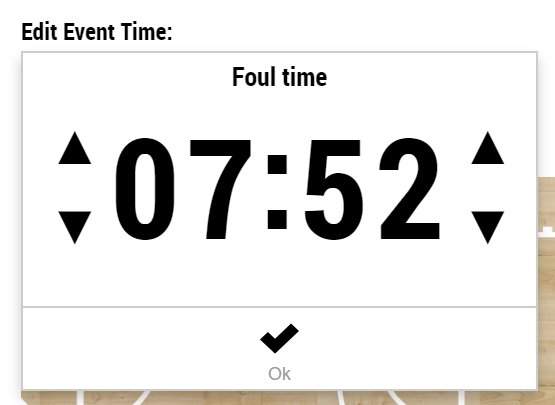 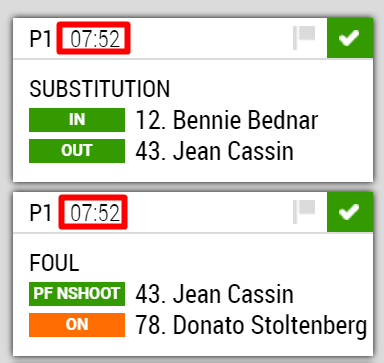 None of the actions on the court can happen when the clock has expired. If for some reason the action is added with 0:00 time stamp such action will have "Action time is equal to zero. Action can not have zero as a game clock value" description:

To unflag the action, time stamp has to be edited:

FLS tracks player's fouls and notifies on ejection because of personal foul limit, disqualification foul or game disqualification (combinations of unsportsmanlike and technical fouls). All actions including ejected player will be flagged with 'Player ejected' message: 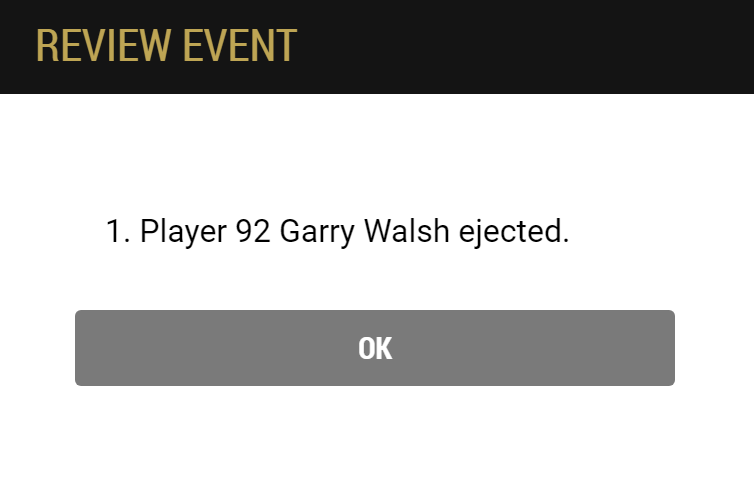 To unflag the action you have to either select correct player for the action or review and edit ejected player's fouls (if mistake was done when adding previous fouls).

FLS links actions - assists with made shots, steals with turnovers, free throws with fouls. If for some reasons free throws are not associated with any foul, they will be flagged with 'Free throw not linked to foul' message: 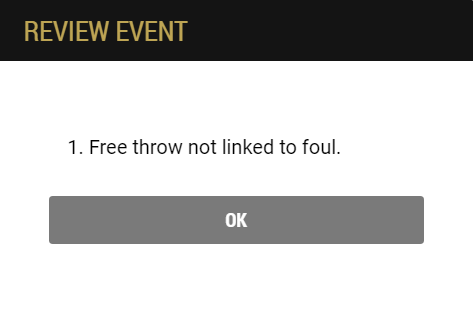 To unflag the action you have to insert/correct missing foul and link it to free throws: 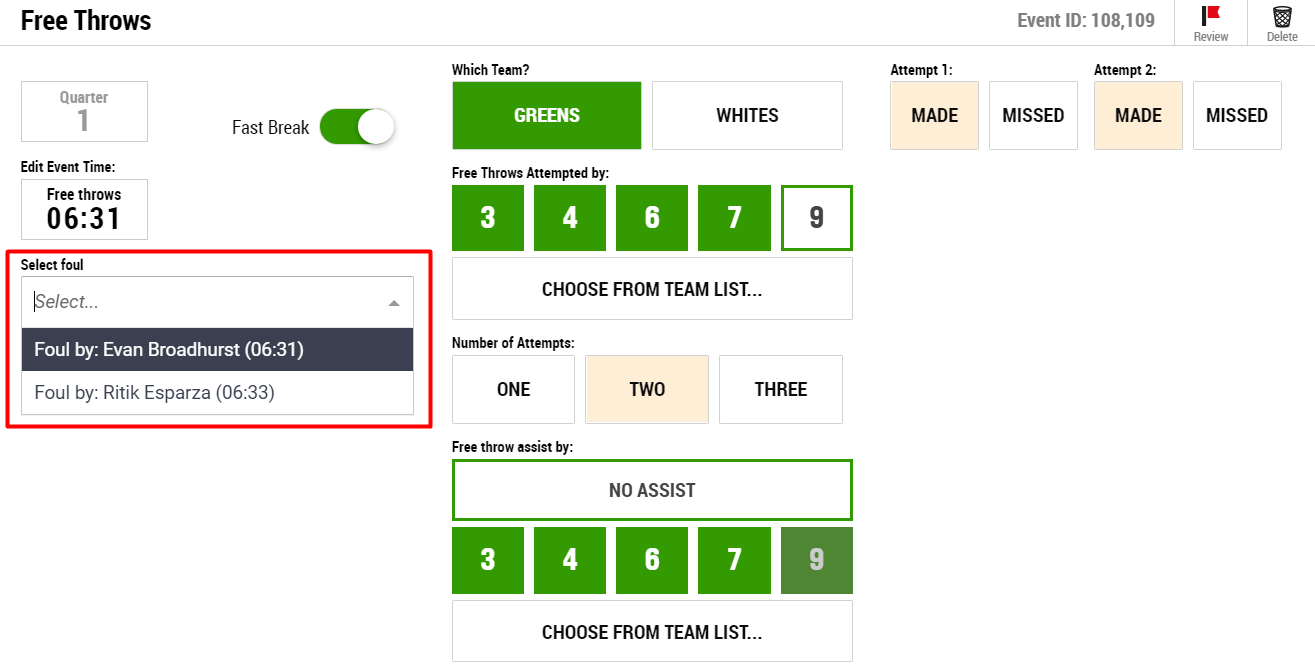 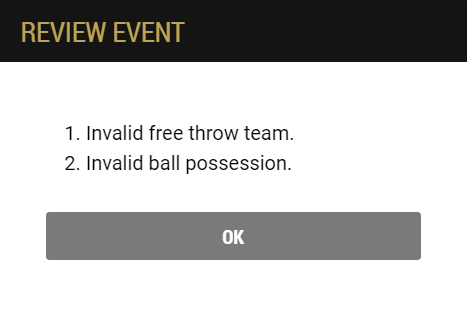 To fix it correct team for fouls and/or for free throws have to be assigned.

If a statistician has missed a substitution and later inserts it, subsequent substitution (if present) is flagged and needs review. 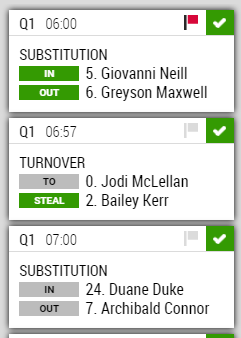 In case scout wants to flag the action to come back to it later (for example, video review of live game has to be done to check the player for a steal), the action has to be selected and Flag & Proceed button clicked. 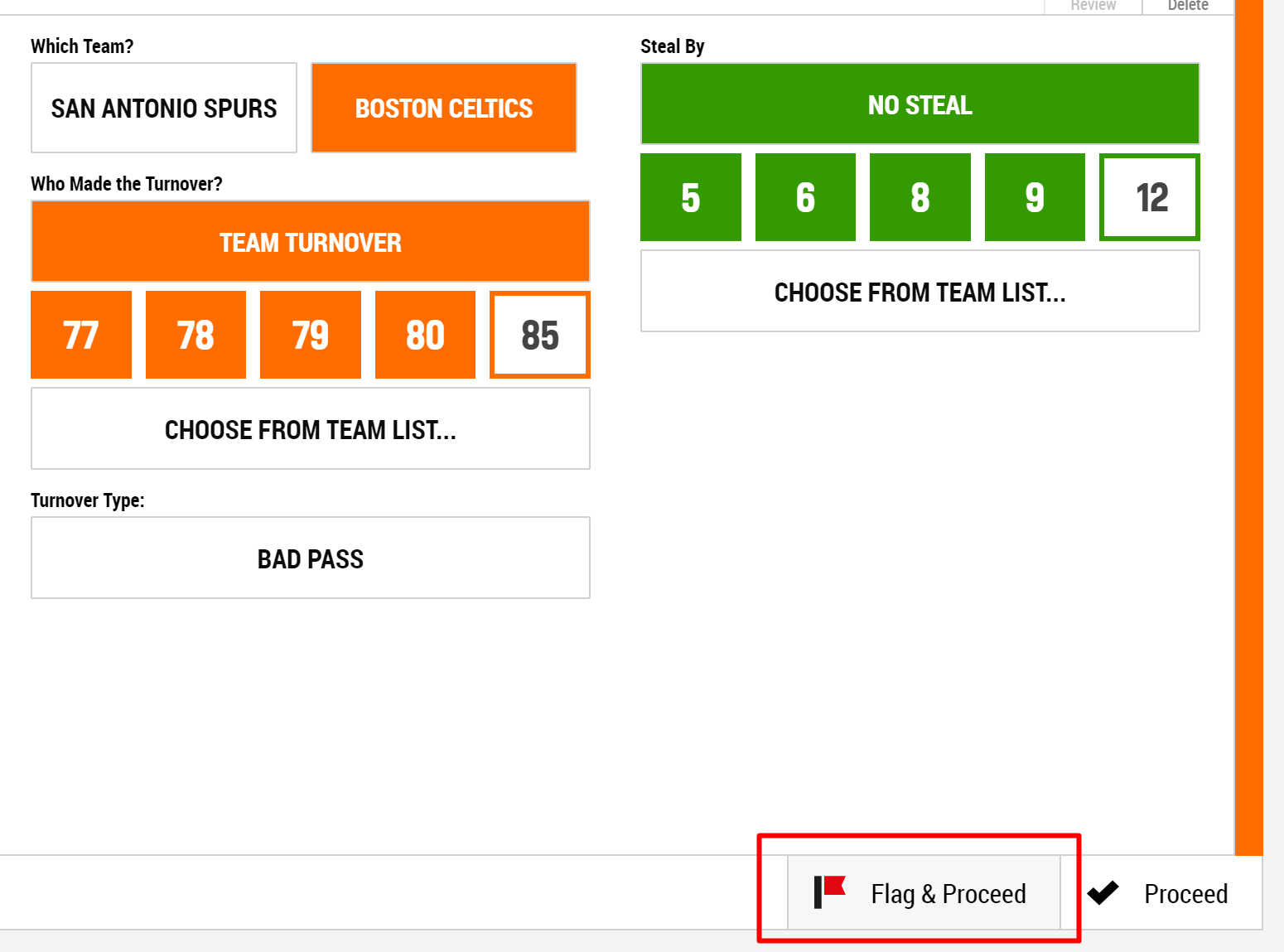 That would create "User" flag: 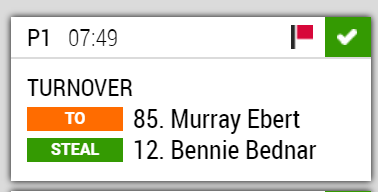 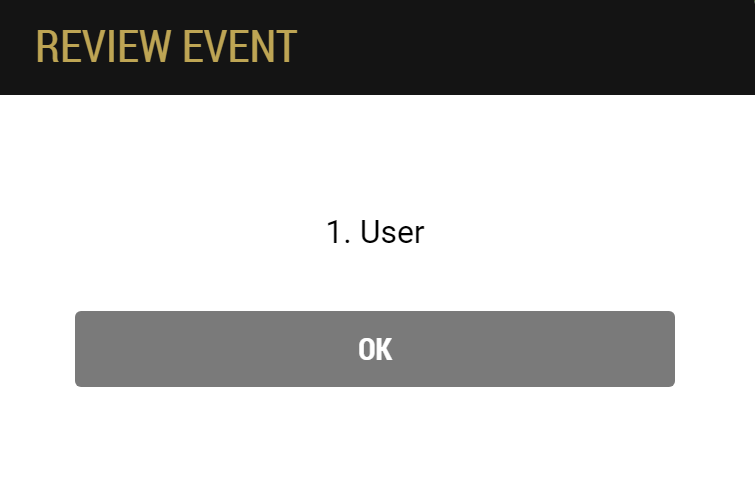 Once the action is reviewed and flag is unnecessary, clicking Proceed button in the action will remove the flag: 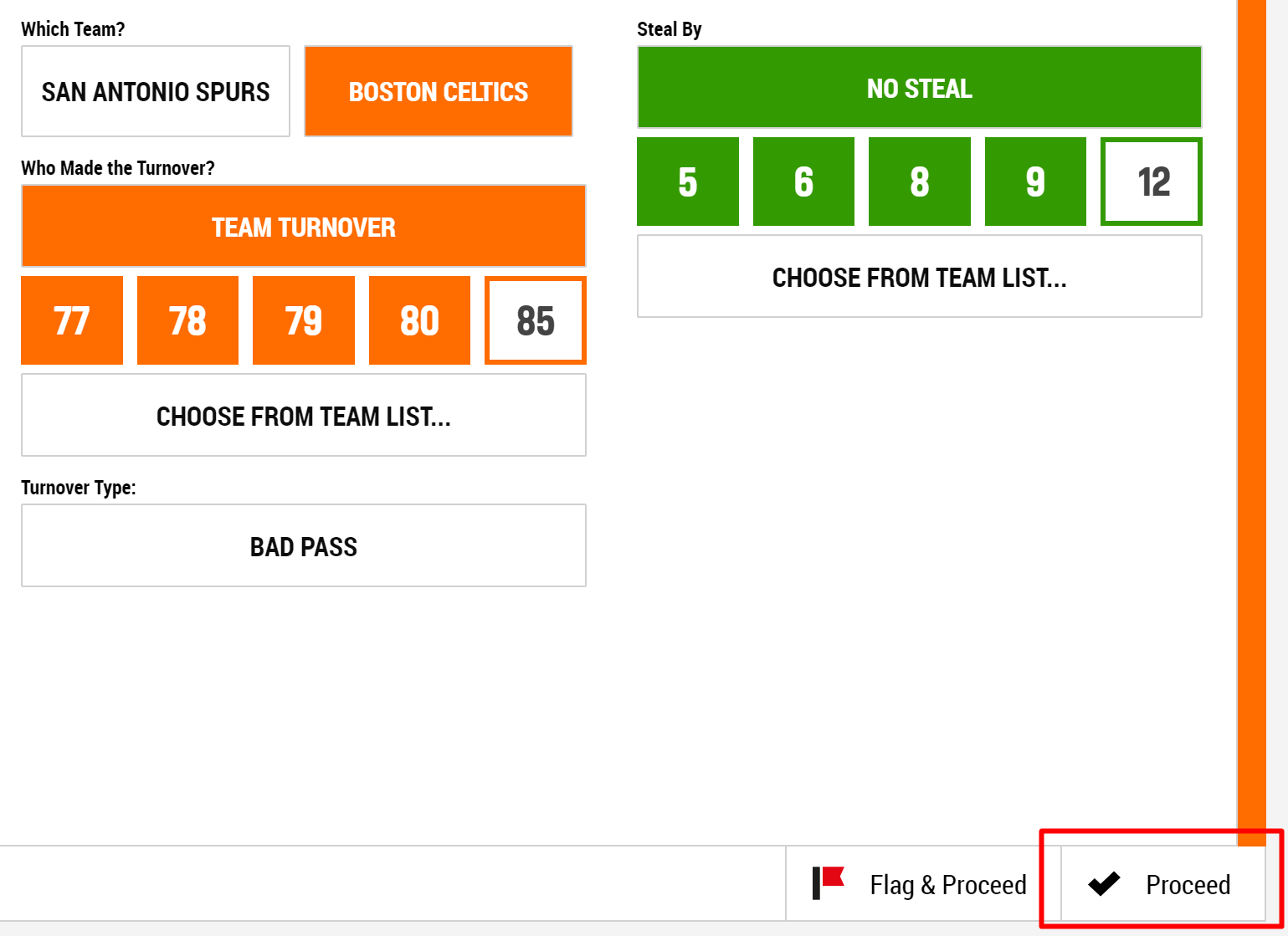 Please check the video below illustrating all types of flagged actions and recommended ways of fixing them: