The Game Data Mismatch prompt will appear when a) users open an already downloaded game in FLS V7 and b) the existing local Game Setup values are different when compared to updated / most recent Game Setup values in the GS Stats Engine for that same game. The purpose of this prompt is to warn users that their local Game Setup settings may or may not be correct, and allow the user to decide which configurations (current local setup or those in GS Stats Engine) they would like to proceed with.

In other words, the local Game Setup values on a previously downloaded game might be outdated (e.g. changed game date/time, changed arena, added new players and etc), as there is new and more relevant game data available (FLS V7 will run an auto-background check with the GS Stats Engine) and so it's important to highlight such discrepancies and allow the user to make a choice: 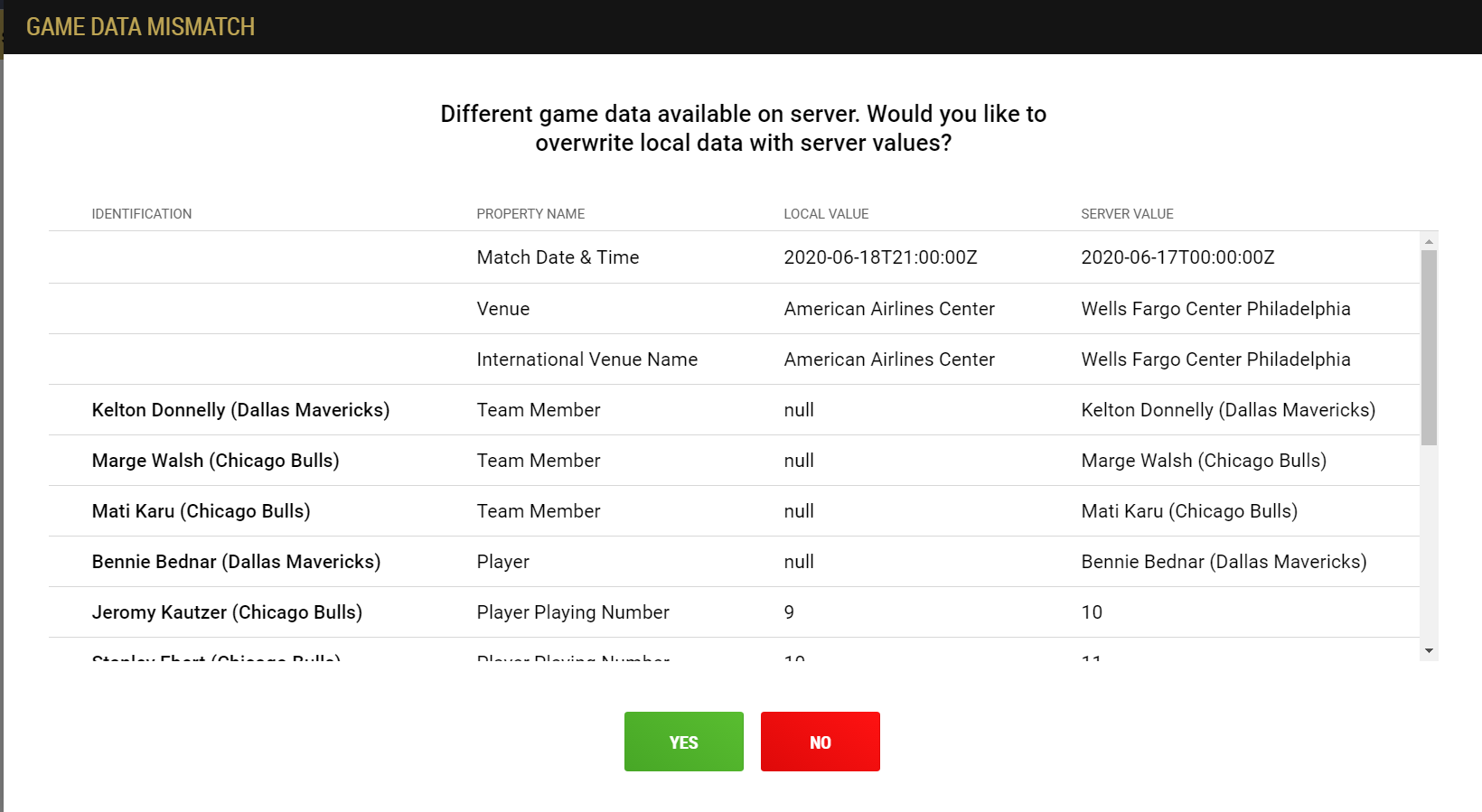