Statisticians should select to update the game status and report delays to the start of the game they are webcasting. There is a Game Message tab that can be used to select a reason for the delay or early start.

Options (depending on game stage) can be selected as seen below: 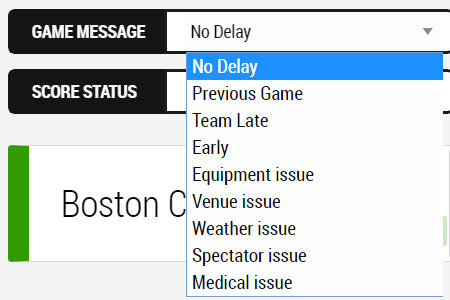 If a delay option is selected, statisticians will see the option to select the estimate the revised tip-off time. 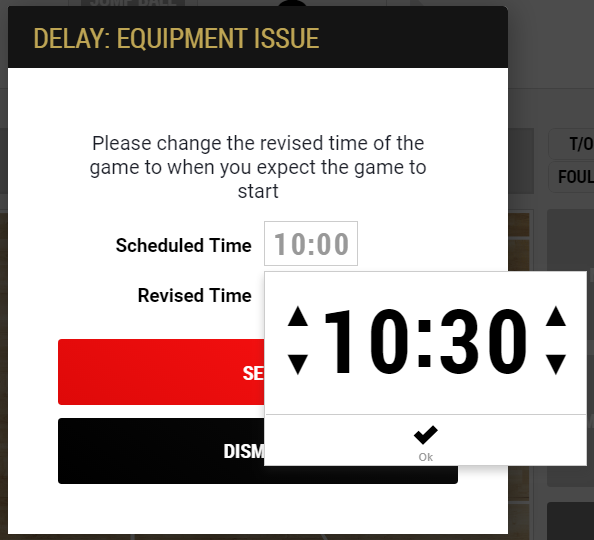 The delay is calculated and is displayed in Game Message tab.

Once the statistician selects to start game and start clock the game status will update back to No Interruption. This status will remain the same throughout the duration of the game.

Statisticians can also update the game status at any time throughout the game. If there is a delay to live play mid game (e.g. an altercation on court and refs have to discuss situation) statisticians should follow the outlined process. 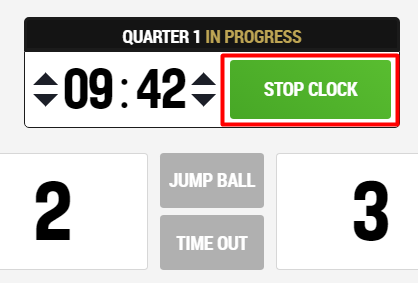 2. Select the most relevant delay option if delay is expected and confirm if it would be greater than 5 mins. 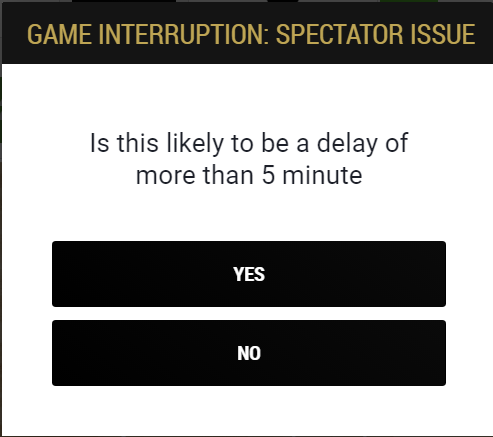 3. The delay will then be cancelled when the clock is started again and game is continued as normal. The game status should then be returned to No Interruption.