In FIBA LiveStats it is possible to substitute players one by one or many players at once. To make a simple one player substitution, scout has to select either SUB button. 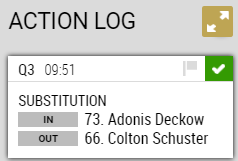 When many players are substituted at once or there is no time to check who was subbed out/in it is more convenient to use the Wave Sub functionality: the caller calls five players on the court and all actual substitutions are made automatically by the system.

To use the Wave Sub functionality in substitution window, user has to click either Switch to Wave Sub button.

After that all players from the top players row are removed and added to Players Off row. 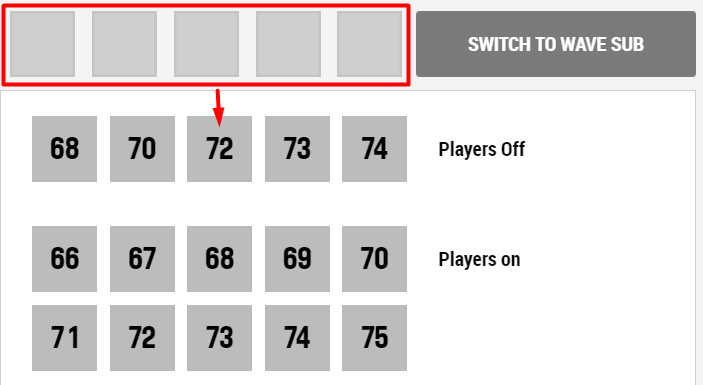 Operator then selects new five players and they are added to the top players row. Players Off row will then display players who were subbed out. 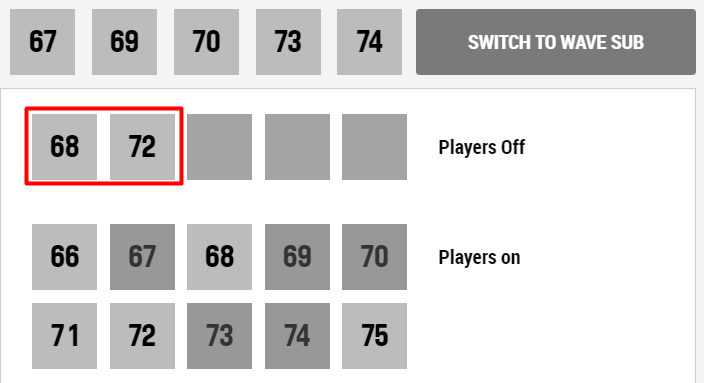 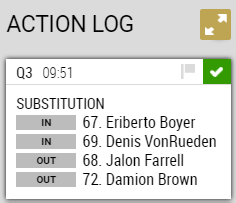