The most recent set of actions recorded can be edited during live play via the Action Log in FIBA LiveStats (FLS) V7. As seen below, the Action Log contains a vertical list of actions on the right-side of the program that gradually develops as the game progresses and actions are entered. 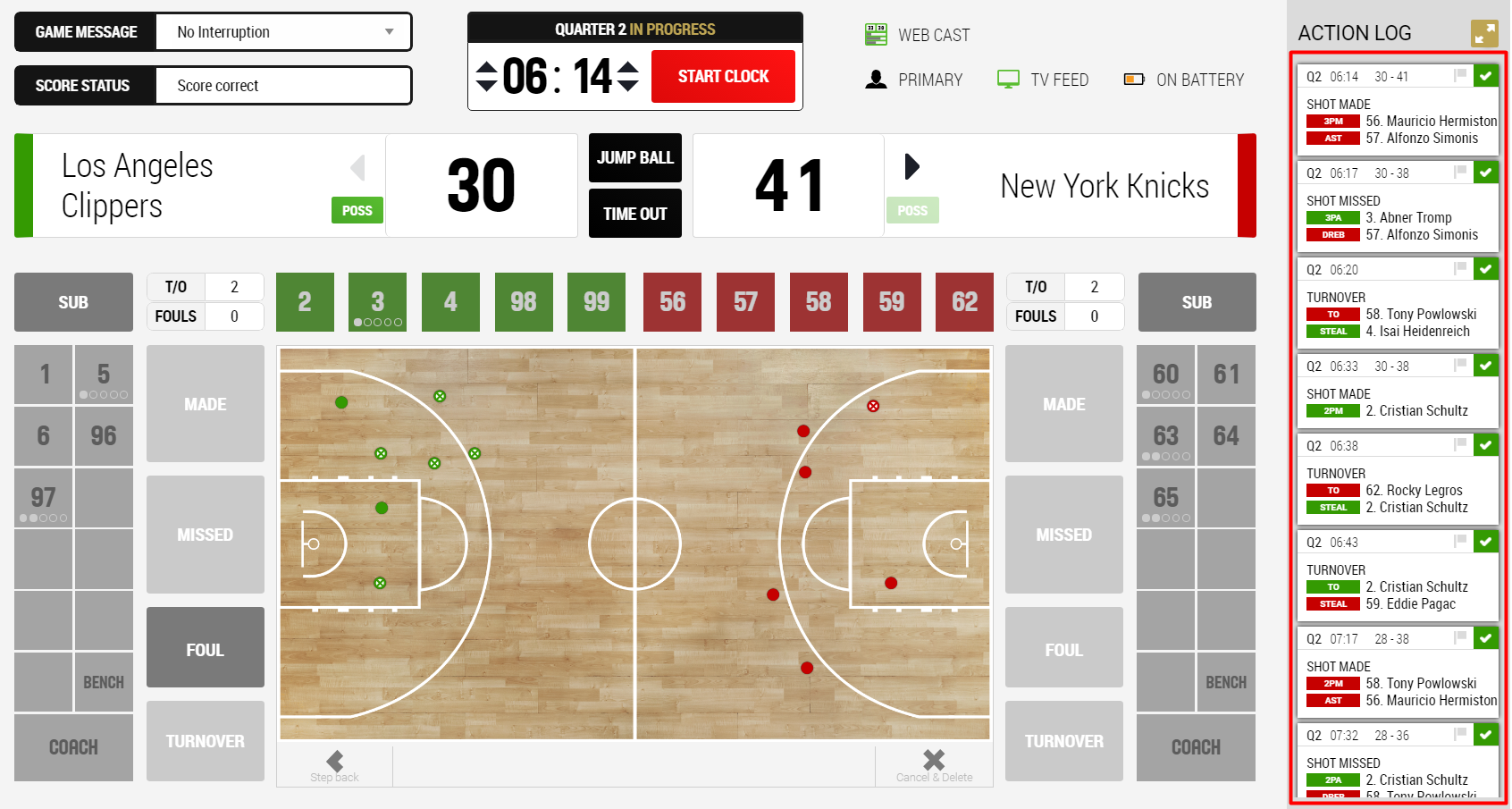 Importantly, statisticians have the option to open an action/sequence by selecting it from the Action Log. Once the action that you wish to view/edit has been selected, a window will appear with all the options that are available for that action, in accordance with the relevant sequence. 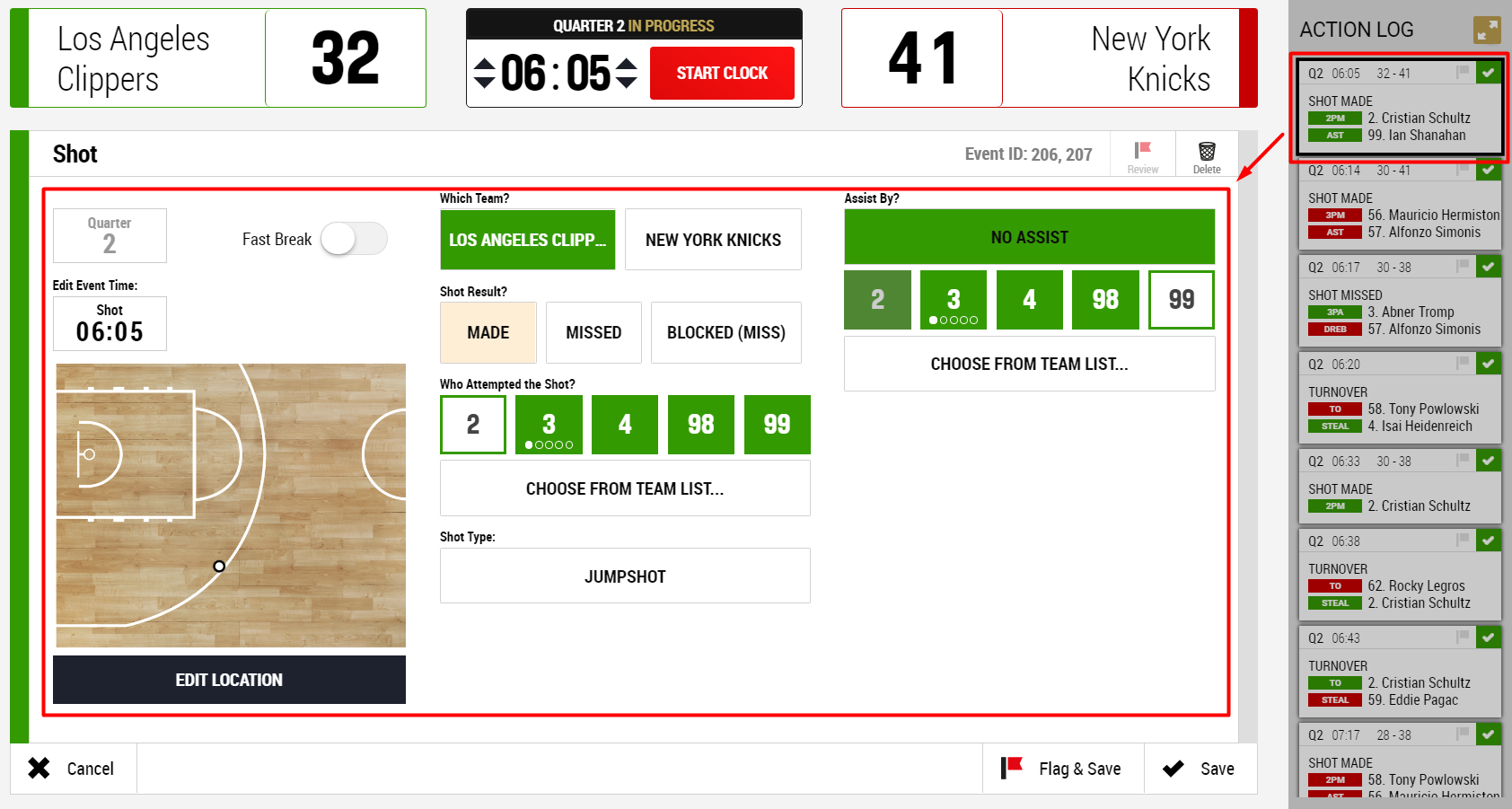 In this example (Shot Made) - Statisticians will see the option to edit the following: 1) Time when the shot occurred and whether it was a fast break 2) Shot location 3) Team which attempted the shot 4) Shot outcome = made or missed 5) Player who attempted the shot 6) Relevant shot type 7) Player credited with the assist (or not).

Note. The quarter for made shot can not be changed. 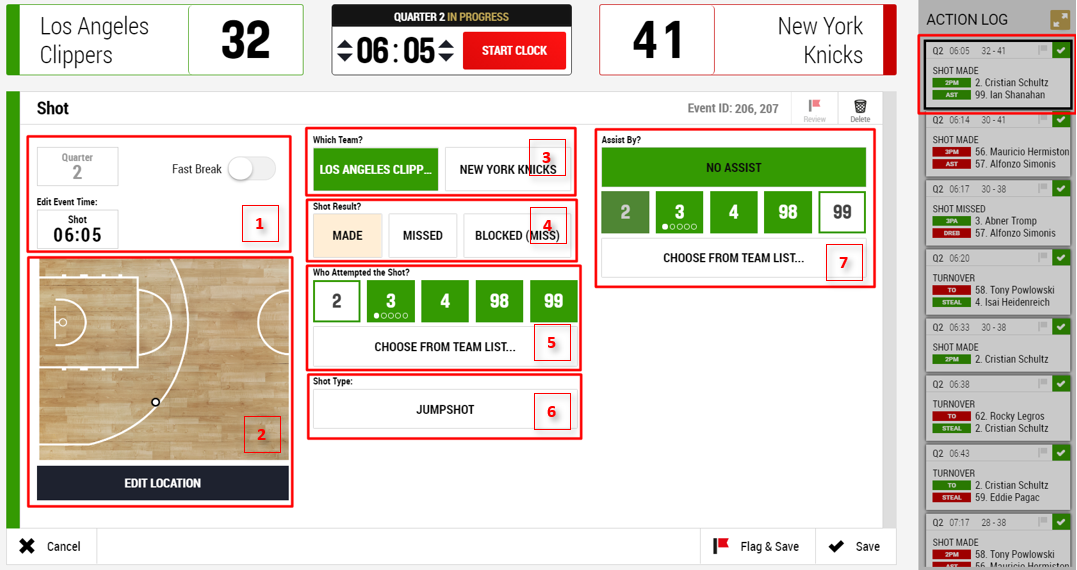 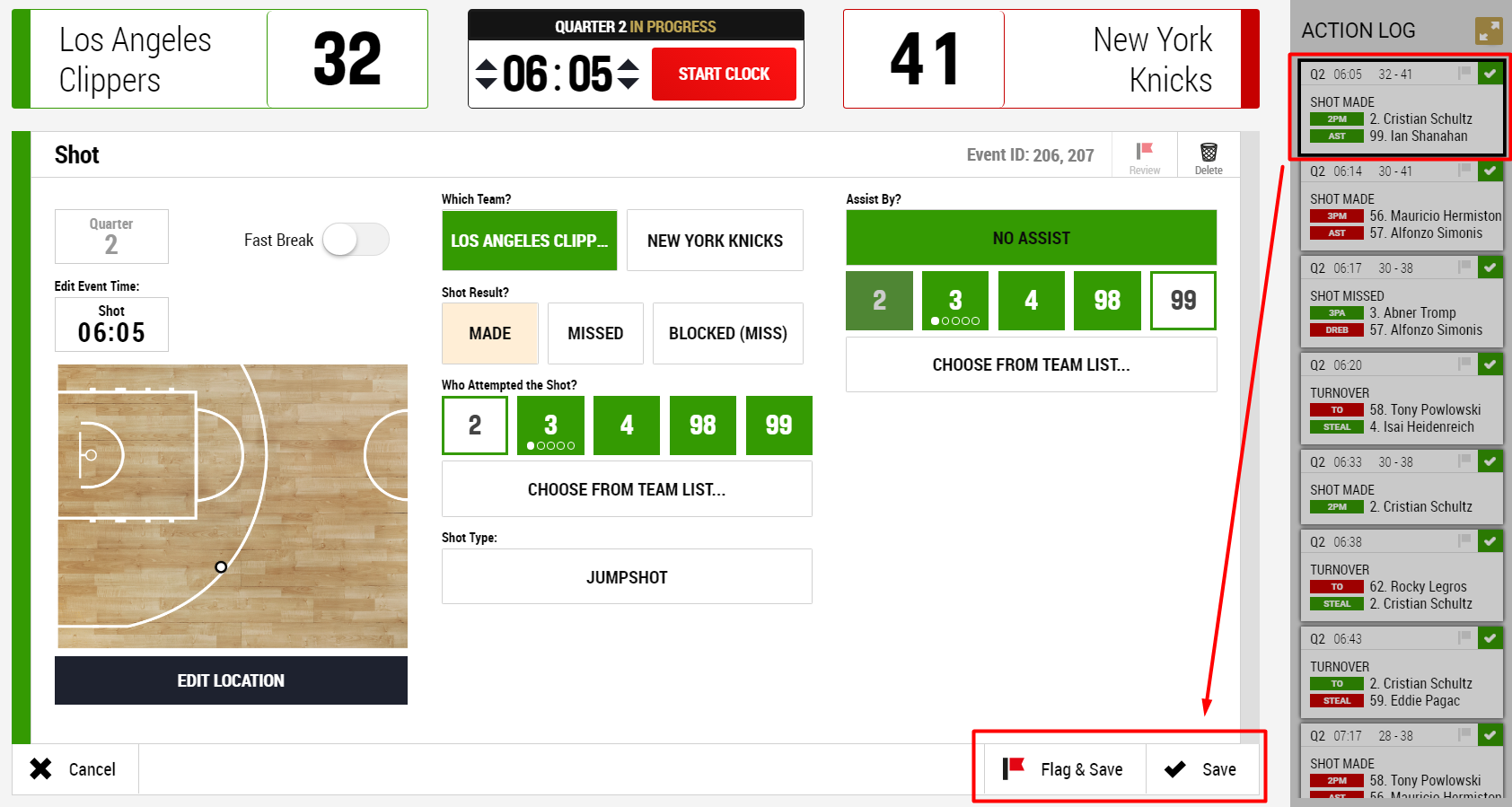 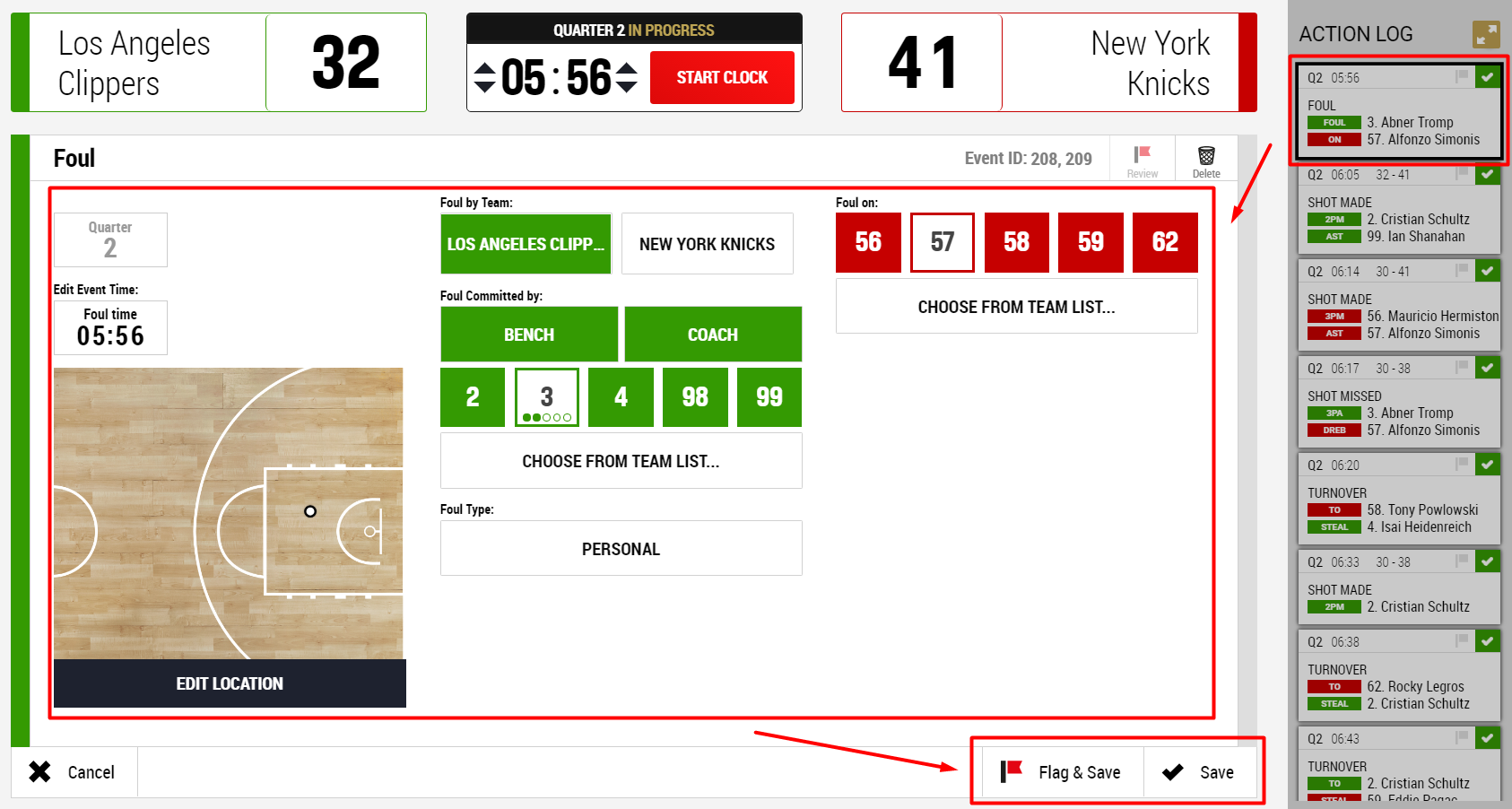