In order to make the process of entering scoring actions more convenient for users, we have made some updates to this process / streamlined the sequence involved with entering these actions into the FIBA LiveStats (FLS) program. Below are the revised steps for recording scoring actions.

1) Statisticians will notice some changes to the interface with players now listed with their numbers along the top of the court. This is designed to make identifying players easier for statisticians during the game: 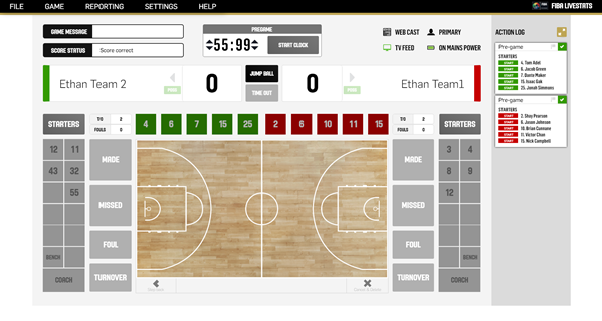 2) To enter a scoring action, statisticians must place the location of the shot on the court displayed in the middle of the screen. Once a shot has been placed, a red marker will appear on the court to indicate the location and determine whether it's worth two or three points: 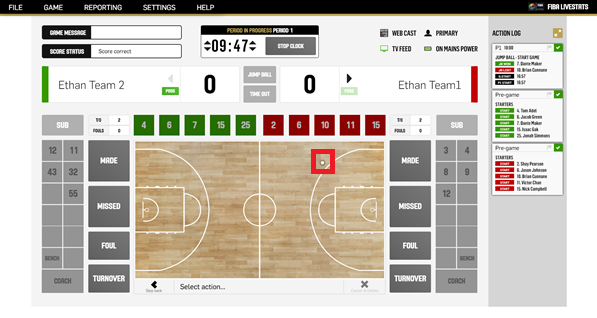 3) The program will then prompt you to select the outcome of the scoring attempt, for the team who recorded the action. This can be done using the Made or Missed buttons displayed on relevant side of the court: 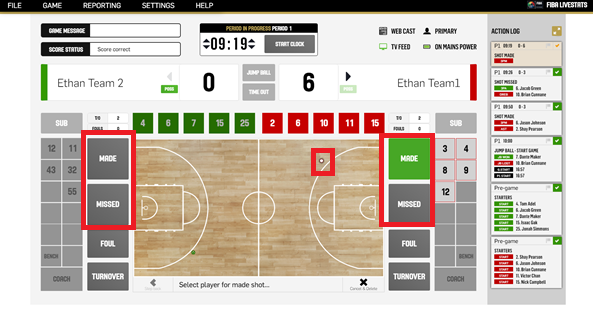 4) Once the Made or Missed action has been selected, the statistician will be prompted to select the player who attempted the shot: 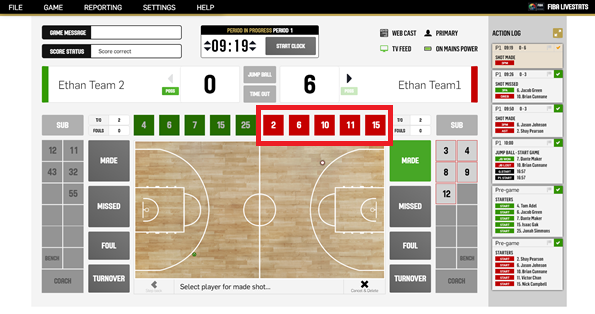 5) On next screen, the program will then display various shot type options for the player who was selected. From here statisticians are also able to select whether the scoring action was a “Fast Break” point or not: 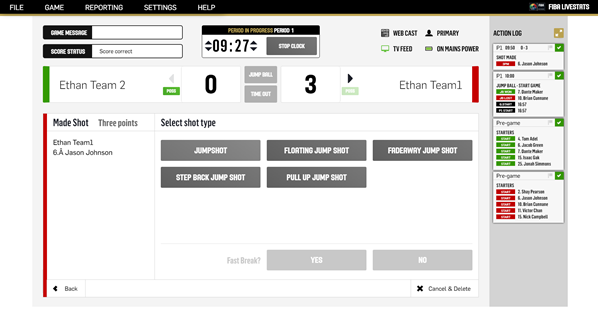 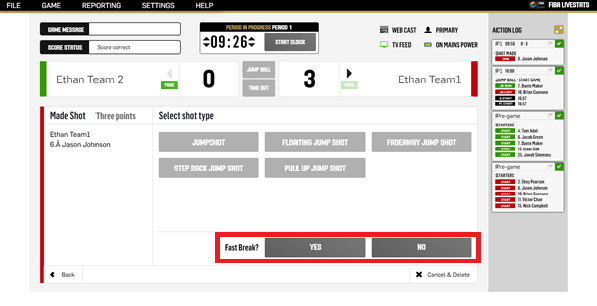 6) If the scoring action was assisted, statisticians should also select a player number for the assist. Alternatively, "No Assist" can be awarded where this is the case: 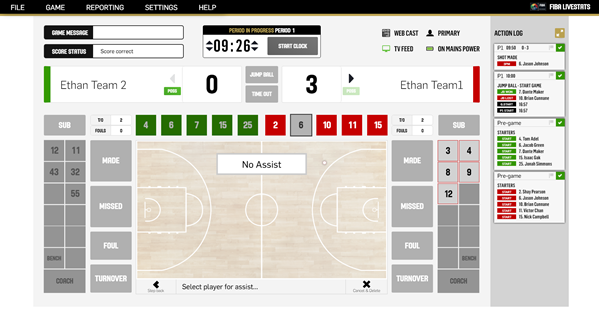 These changes will help to ensure that scoring actions can be entered quickly and intuitively by statisticians.