Statisticians can now select to update the game status and report delays to the start of the game they are webcasting. There is now a new “Game Status” Tab that can be used to select a reason for the delay or early start.  Options can be selected as seen below.

If a delay option is selected, statisticians will see the option to select the estimate the revised tip-off time.

Note statisticians can use this tab option to select a delay to the game at any time, following the steps outlined below.

Statisticians can also update the game status at any time throughout the game. If there is a delay to live play mid game (e.g. an altercation on court and refs have to discuss situation.) statisticians should follow the outlined process.

2. Select the most relevant delay option if delay is expected to be greater than 5mins. 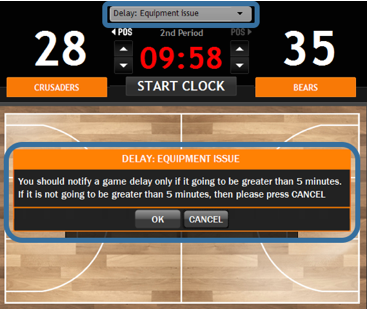 3. The delay will then be cancelled when the clock is started again and game is continued as normal.

Note the game status should then be returned to “inprogress”. 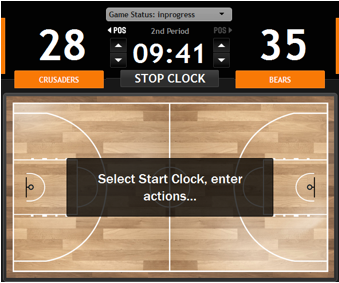