As part of a new update for the FLS program we have added some features to help statisticians easily identify player fouls and time out limits.

As part of this we have improved the in-game user interface for better players observation. Statisticians will now notice the foul count number in RED after the max amount of fouls is reached by a player (see screenshot below): 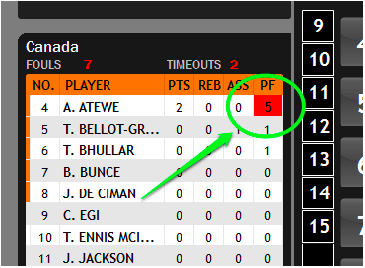 We have also improved the in-game user interface for better team time-outs observation. As above, the teams time-out count number will also turn RED after time-outs limit is reached by a team (see screenshot below): 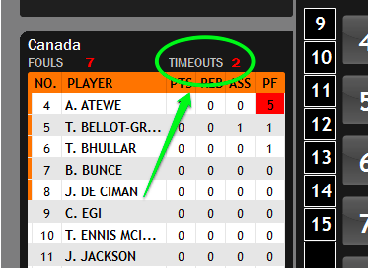 Finally, we have also improved the in-game user interface for better team fouls observation. You will notice the team fouls count number now turns RED after team fouls limit is reached. As well as this, the list of players on each team is now sorted by Number and Firstname/Lastname (see screenshot below): 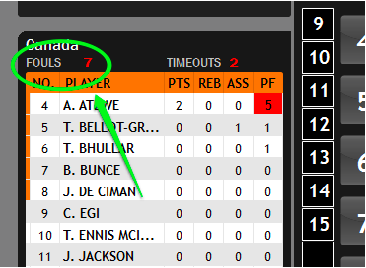