To make the substitution of players easier, users can now place players into a substitution “Holding Bay”. This will allows users to mark players that are due to be subbed in at the next dead ball or break in play before the stoppage actually occurs.

This means users can now select players (via their jersey number) who are listed on the bench when the clock is running. Once selected, the players numbers will be highlighted in green to indicate they are ready to be subbed at the next interval. This can be cancelled, by simply clicking on the players number a second time. This will then cause the players number to return to unhighlighted state. 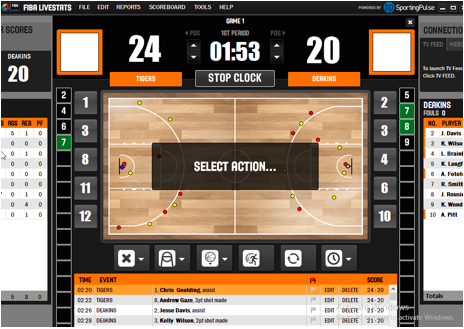 Once there is a stoppage in play, the user can then quickly and easily make subs by simply clicking on the number(s) of the player(s) on the court who will be subbed out.

In turn, the program will automatically move the selected player(s) to the bench and sub in the player(s) who are waiting in the holding bay. 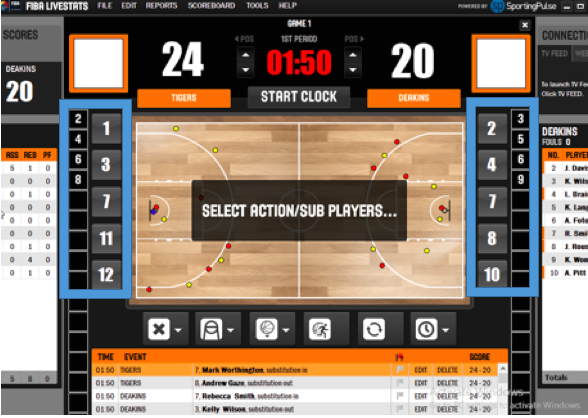 The holding bay feature will allow users to fast-track and easily manage the substitution of players by initiating the process in advance. This will be helpful in many situations.